For the AFG vs PAK clash on Friday, more than 16,000 tickets had been issued. But thousands of ticket-less fans travelled to the venue and attempted to force their way inside the stadium premises. 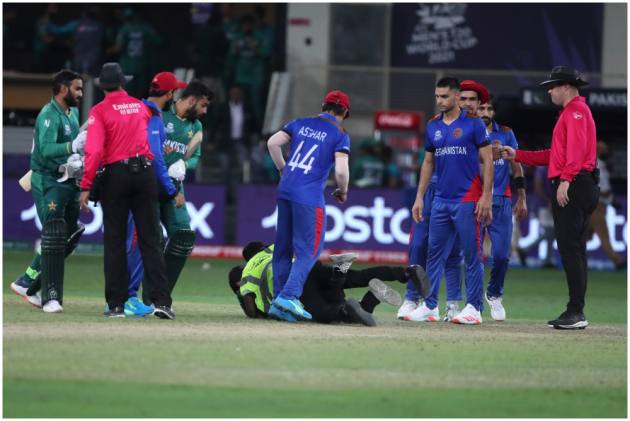 The International Cricket Council (ICC) has instructed the Emirates Cricket Board (ECB) to conduct a detailed investigation into the unruly behaviour of the ticket-less Afghanistan fans gathered outside the Dubai International Stadium for the T20 World Cup Super 12 match between their country and Pakistan.

More than 16,000 tickets had been issued for Friday night’s game between Pakistan and Afghanistan, but thousands of ticket-less fans travelled to the venue and then attempted to force their way through inside the stadium premises.

“Dubai Police and security staff secured the stadium to ensure the safety of everyone inside and brought in significant additional resources to disperse the crowd and calm the situation,” the ICC said in a statement.

“At approximately 7pm, Dubai Police directed that all gates should remain closed and no further entry was permitted to maintain a safe and controlled environment inside the venue.”
The governing body has asked the ECB to learn lessons from the incident and work closely with the authorities to ensure that there is no repeat of this situation in the future.

“The ICC, BCCI and ECB apologise to any fans with valid tickets who were unable to enter the stadium tonight and request they contact the ticket provider,” the statement added.

Pakistan defeated Afghanistan by five wickets to register their third consecutive win in the Super 12 stage of the showpiece.

Security personnel also had a tough time when a supporter invaded the pitch just after the match finished before pinning him down.  Reacting to the incident, Nabi also urged the fans to enter the stadium with valid match tickets.

“For the Afghan fans, please buy a ticket and come to the stadium. Don't repeat again. This is not good,” Nabi said. The usually calm and composed Nabi looked visibly upset after a journalist asked him a question on their diplomatic relation with Pakistan after Taliban’s takeover.

“I think we can just stick to cricket, leaving out the situation. It will be better. We are here for the World Cup and we have come full of confidence and preparation,” Nabi said.

Prodded further on Pakistan-Afghanistan relations after the change of government, Nabi said: “It’s not a cricket question.”