Pakistan have won all five group league games in the T20 World Cup but it's Shaheen Shah Afridi’s fiery first spell against India that is now a part of T20 folklore. 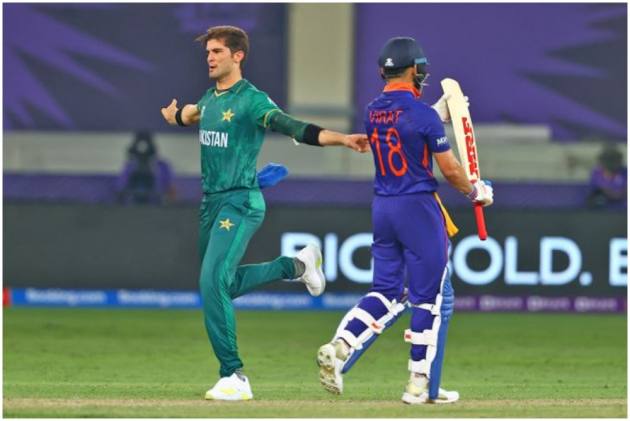 Pakistan have won all five group league games but it's Afridi’s fiery first spell against India in the opening Super 12 game that is now a part of T20 folklore. “Shaheen has been in really good form for Pakistan. Yeah, so that's going to be a crucial battle no doubt,” Finch said at the pre-match press conference.

Underlining the importance of the first six overs, Finch said: “I think what we’ve seen over the course of the tournament is how important the powerplay is for batting and bowling. I think the stats around the middle overs and the death overs are pretty similar throughout, but the Powerplay definitely holds the key.”

Finch didn’t give too much credence to the theory that losing the toss could be of disadvantage. “I think when it comes to finals, it doesn’t make too much of a difference to be honest. I believe getting runs on the board, especially in a final, can be really beneficial. We've talked about it. We're confident that we can win if we happen to bat first or second.”

He said Pakistan’s current form provides them with an edge and also they have a quality spin attack in left-arm spinner Imad Wasim, leg-spinner Shadab Khan and off-spinner Mohammed Hafeez.

“In terms of the Pakistan spin, they’ve had some really good success obviously with Imad bowling in the powerplay predominantly and then Shadab throughout the middle overs they’ve been excellent,” said Finch.

But the Australian skipper has faith in Adam Zampa’s abilities and also backed Glenn Maxwell’s off-breaks.

“We’ve been really happy with how Adam Zampa has been going. He's bowled brilliantly throughout this tournament. He's taken big wickets at crucial times. He gets good players out. Maxwell has chipped in and done really well for the overs that he's bowled,” he added.

For Australians though, it will be their pace attack that is expected to rule the roost. “With the new ball, Cummins, Starc and Hazlewood have been fantastic. I think you can look at stats and you can deep dive into whether you should be bowling spin or quicks in the powerplay.

“Sometimes it just comes down to executing your best ball on the day over and over. For us that’s been Starc and Hazlewood first couple of overs generally and Cummo coming in on the back of that. We've been really happy with how they've executed and kept pressure on oppositions,” he added.

Such has been Australia's fast bowling depth that one of the best shortest format pacers Kane Richardson doesn’t get a look-in.

“They're a world-class trio of quick bowlers and we've got Kane Richardson there, as well, who's arguably one of the best T20 bowlers in the world who hasn't featured just yet, but yeah, we're really happy with how that's gone,” Finch said.

David Warner's IPL team SunRisers Hyderabad may have hung him dry during the second phase of IPL but his opening partner and skipper never had doubts that the dashing southpaw will be back in form. Warner has so far had a good tournament and could be a game-changer against Pakistan.

“Yeah, I was never worried one bit about Dave's form. He's one of the all-time great batsmen of our era. I think you can look at it as though he had a really lean IPL and then the start of this tournament, but the two halves of the IPL were a long way apart,” Finch explained.

“It’s great to see the best of him fit and firing. As we all know, it's a great sight when he's up and about and scoring runs for Australia,” he signed off.