Dwaine Pretorius starred with bowling figures of 5-17 as South Africa cruised to a six-wicket win over Pakistan to level their T20I series at 1-1. 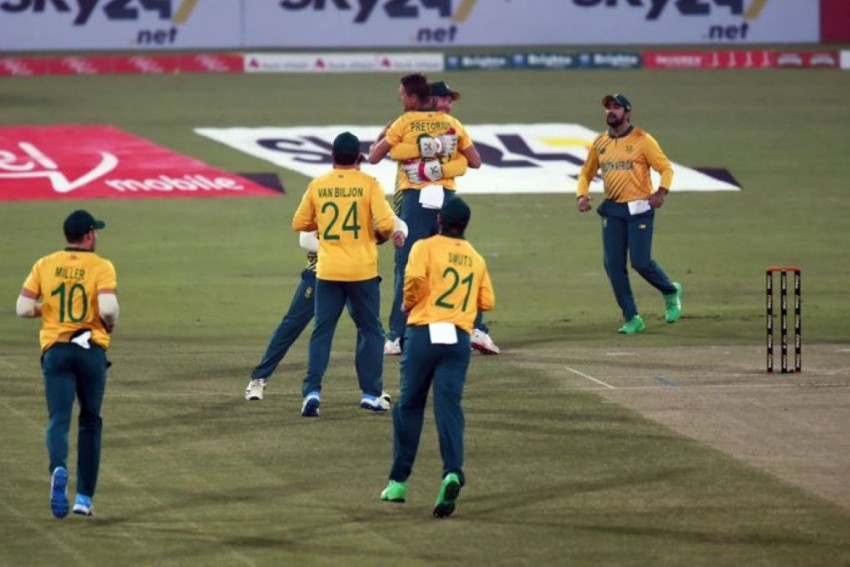 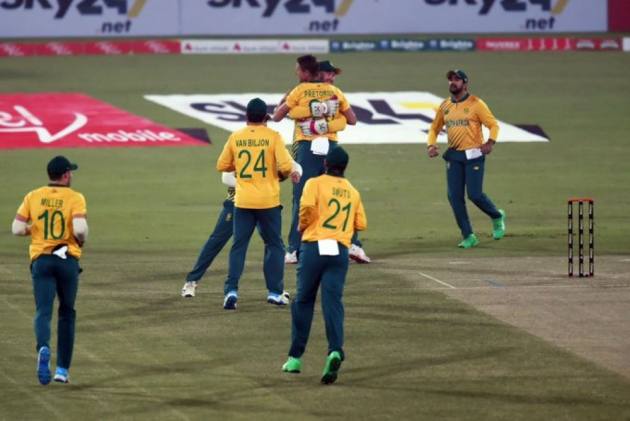 Dwaine Pretorius starred with bowling figures of 5-17 as South Africa cruised to a six-wicket win over Pakistan to level their T20I series at 1-1.  More Cricket News | 2nd T20 Highlights

The Proteas fell three runs short in the first match on Thursday but comfortably chased down a smaller target of 145 this time around.

David Miller (25 not out) and stand-in captain Heinrich Klaasen (17no) ensured South Africa reached their total with 22 balls to spare on Saturday.

That came after Reeza Hendricks and Pite van Biljon both scored 42 to set the platform.

Pretorius had earlier wreaked havoc as Pakistan struggled to 144-7 despite an innings of 51 from in-form opener Mohammad Rizwan, who scored a century in the opening meeting.

The series will be decided in Sunday's third and final game, which will also take place in Lahore.

South Africa won the toss and opted to bowl, a decision which led to an ideal start when Pakistan captain Babar Azam (5) was trapped lbw by Pretorius from the eighth delivery of the innings.

Babar reviewed the decision but the ball was crashing into middle and leg.

After Haider Ali (10) and Hussain Talat (3) fell cheaply, Rizwan – who hit six fours and one six – built a partnership of 45 with Iftikhar Ahmed (20).

However, those runs came at slower than a run per ball, with Pretorius, Tabraiz Shamsi (1-16) and JJ Smuts (0-20) all producing economical four-over spells.

Even a quickfire 30 in just 12 balls from Faheem Ashraf could not get the hosts above 150.

It looked like the sub-par total might be enough when Shaheen Afridi (2-18) removed Janneman Malan (4) and Smuts (7) inside 14 deliveries of South Africa’s reply.

But Hendricks and Van Biljon combined for five maximums in a decisive partnership worth 77.

Neither of them could see the innings through to its conclusion, but the outcome was no longer in doubt and Miller finished it off with a huge six and then a single off Iftikhar.