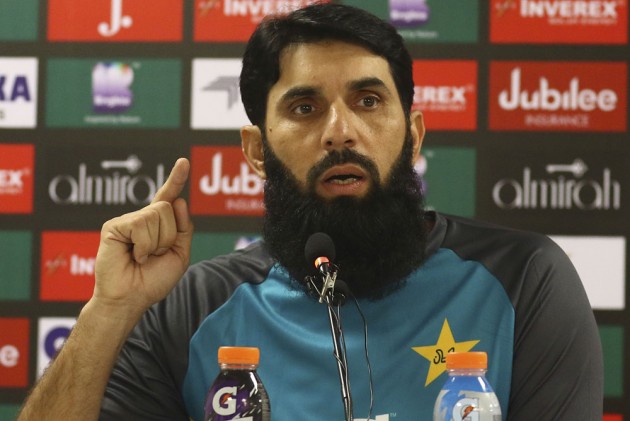 Barely 24 hours after Pakistan's defeat in the second T20I match against Sri Lanka at Lahore, head coach Misbah Ul-Haq on Tuesday lashed out the Sarfaraz Ahmed-led outfit for losing "against a team that is without their major players." (More Cricket News)

After the high of ODIs, which Pakistan celebrated as a formal return of international cricket in the country, the top-ranked T20I side suffered back-to-back defeats against Sri Lanka, thus conceding the three-match series 0-2 even before Wednesday's finale.

"Losing is never good, especially against a team that is without their major players, and it's an eye-opener. We can see deficiencies in every department: bowling, batting and particularly the way we got out against spin, and also our death bowling," Misbah said.

What made the defeats at Gaddafi Stadium in Lahore, where the visiting team witnessed a deadly terror attack in 2006, was the very fact that the touring party is without their captain Lasith Malinga and hosts of top players. It's an A-team, truth be told.

And the world's best T20I team, at least on paper, lost both the matches played so far -- by 64 runs and 35 runs respectively.

Misbah, who was put at the helm as head coach-cum-chief selector, just before the start of the series saw the difference between the two teams.

"There was a clear difference between the two teams. Despite being inexperienced, they were disciplined and did everything right, while we completely failed to implement our plan," Misbah added

The former Pakistan captain also urged the team to step up and not depend only on Babar Azam to get the runs.

"We became number one in T20Is but if you dig deeper, our only strength was Babar Azam's runs and he didn't score in two games and we've been exposed... I think we need to find six match-winners, not one," he said.

The third and final T20I match will be played at Lahore on Wednesday.