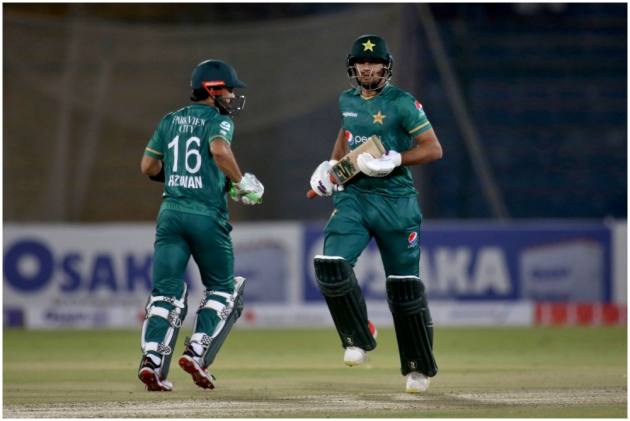 Mohammad Rizwan hit 78 runs and fast bowler Mohammad Wasim took 4/40 as Pakistan thumped a depleted West Indies by 63 runs in the first T20 on Monday. Rizwan increased his tally this year to 1,201 runs in 27 T20s with another masterful knock that stood out in Pakistan's imposing 200/6 after being sent in to bat.

Haider Ali opened up in the latter half of the innings with a career-best 68 off 39 balls that featured four sixes and six boundaries. The West Indies folded for 137 in 19 overs as Wasim bowled impressive yorkers to claim his career-best figures, and Shadab Khan grabbed 3/17.

“Rizwan and Haider Ali played handy knocks and the way (Mohammad) Nawaz finished was outstanding,” Pakistan skipper Babar Azam said. Babar added that the way the West Indies batsmen struggled against the spin of Shadab and Nawaz was encouragement to pick an extra spinner for the remaining two T20s.

The visitors are touring without several T20 specialists, and suffered a major blow on Saturday when fast bowler Sheldon Cottrell and allrounders Roston Chase and Kyle Mayers were ruled out of the series after testing positive for the coronavirus in Karachi.

The West Indies gave debuts to fast bowler Dominic Drakes, who claimed 1-43, and batsman Shamarh Brooks, who made 5. “We gave away 20 runs more in the field and there were a few boundaries off the edges, too,” stand-in captain Nicholas Pooran said.

“I loved the effort and energy from the guys tonight. We are a young side, but it all comes down to execution.” Earlier, Rizwan, who made 78 off 52 balls, and Haider combined in a beefy 105-run, third-wicket stand after the West Indies bowlers did well briefly in the batting powerplay.

Babar was dismissed for his third ever duck when he edged left-arm spinner Akeal Hosein. But once seeing off Hosein's overs, Rizwan and Haider scored at will against the fast bowlers with Odean Smith having a forgetful night at the National Stadium with expensive figures of 1-56.

Smith had some consolation when he took two smart catches in the deep to dismiss Rizwan and Haider, but Mohammad Nawaz provided a perfect finish with a blistering knock of an unbeaten 30 off 10 balls.

Wasim uprooted the off stump of Pooran (18) and trapped Devon Thomas (2) thanks to yorkers, and returned to claim two tailenders in his last over. Opening batsman Shai Hope top-scored with 31 while Smith (24) and Romario Shepherd (21) narrowed the margin of defeat after West Indies slumped to 88-7 in the 14th over.

The second T20 is on Tuesday followed by the final game on Thursday. The series will be followed by three ODIs — also in Karachi — from Saturday.