Sheldon Cottrell, Roston Chase, Kyle Mayers and a non-coaching staff have tested positive for COVID-19. The players are fully vaccinated and without 'major' symptoms, said a Cricket West Indies statement. 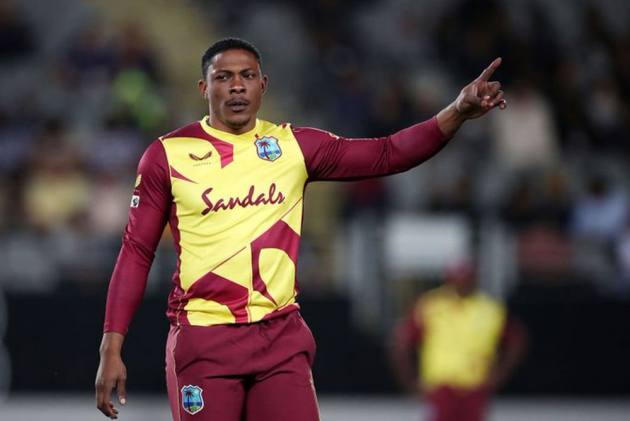 At least three West Indies cricketers have been isolated in Pakistan after testing positive for COVID-19 upon arrival on December 9. The Windies are in Pakistan for a limited-overs series, starting with the first of the three T20 Internationals in Karachi on Monday (December 13). (More Cricket News)

They will undergo a period of self-isolation for 10 days, and will not be available for the series until they return negative RT-PCR test results.

The three T20I will be followed by another three ODIs. All matches are scheduled to be played in Karachi. The tour ends on December 22 with the third and final ODI.

The series will be televised live and fans can also stream all the matches online. Check series and telecast details HERE.

The ODI Series will be West Indies' fourth series of 12 in the ICC Men’s Cricket World Cup Super League in which the top seven teams can secure automatic qualification for the tournament in India.

"These were confirmed whilst the players and staff were still in room isolation, so despite this significant setback to our preparation plans, we are confident that the tour can continue as everyone else returned negative PCRs prior to their arrival into Pakistan and two negative PCRs since they have been in Karachi," Grave added.

West Indies are already without regular skipper Kieron Pollard, who failed to recover in time from the hamstring injury he sustained during the 2021 ICC Men's T20 World Cup. In his absence, Nicholas Pooran will lead the side in the T20Is, while Shai Hope has been given the ODI honours.

Windies are also without Andre Russell. The star all-rounder has instead opt to play in Big Bash League in Australia.