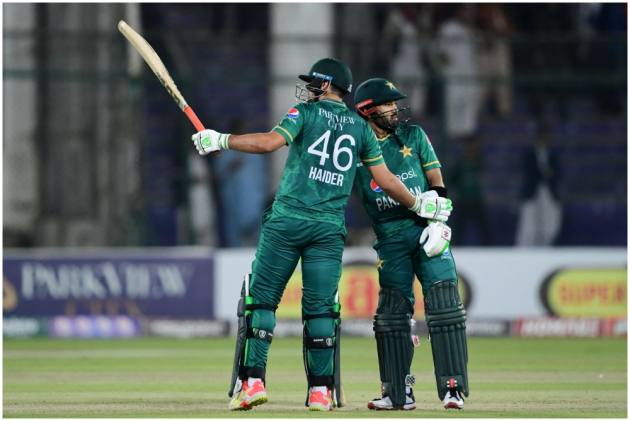 Pakistan’s Mohammad Rizwan and Haider Ali set a new record for the third wicket in T20 Internationals with a 105-run stand in 10.2 overs during the first game of the three-match series against West Indies in Karachi on Monday.

The Rizwan-Ali duo surpassed the previous best of 103 runs in 10.4 overs between Babar Azam and Haris Sohail against England at Cardiff on May 5 in 2019. Rizwan and Ali’s stand is also the highest-ever third-wicket stand for Pakistan against West Indies in T20 Internationals.

Right-arm pacer Odean Smith became the first West Indian bowler to concede 50 runs in an innings against Pakistan in T20 Internationals. Rayad Emrit, who conceded 47 runs in four overs at Karachi on April 2 in 2018, held the previous record.

Mohammed Wasim’s previous best bowling was 2/15 in four overs against Bangladesh at Dhaka last month. The 63-run victory is Pakistan’s 18th win in T20 Internationals this year – most by any team in T20 cricket this year. Pakistan broke their own record having won 17 T20s in 2018.