Mickey Arthur's contract as Pakistan national cricket team ended after their exit from the Cricket World Cup. Arthur has been told to apply afresh if he is interested in continuing with the role. 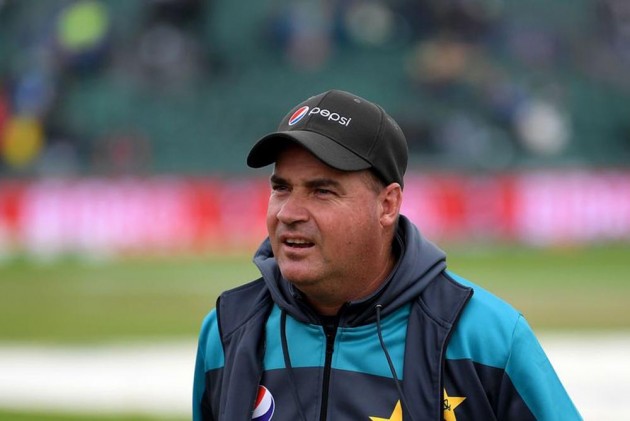 Pakistan Cricket Board has asked head coach Mickey Arthur to apply afresh if he wants to continue his job with the national cricket team.

Arthur, whose three-year contract ended with the World Cup, met with the Chairman Ehsan Mani and Managing Director Wasim Khan of the PCB in London this week and expressed his desire to continue as the coach of the Pakistan cricket team.

"The meeting was arranged on the request of Mickey Arthur who wanted to meet the chairman Ehsan Mani to discuss the performance of the team and his future with the national team," a source told PTI.

"Arthur asked Mani what his plans were for him and whether they intended to continue with him.

"Arthur was told that the PCB's Cricket Committee will be carrying out a robust appraisal of the team's performances in the last three years including the World Cup and if he (Arthur) was interested in continuing to work with the team he should apply afresh for the post of head coach," the source added.

He disclosed that Mani had also asked Wasim Khan to attend the meeting, in which matters relating to the Pakistan team and its performance in the World Cup were discussed.

Both the officials are in London to attend the ICC board meetings.

Arthur has also requested the PCB officials to invite him for its Cricket Committee meetings and allowed to make a presentation on the team's showing in the last three years.

The source said that till now the top officials of the PCB have not made any decision on the path to follow after the World Cup, in which Pakistan failed to qualify for the semi-finals.

There is a mixed reaction to the team's performance in the World Cup. While many feel that the PCB should make a fresh start and appoint a new management, there are those who believe the board should not press the panic button and allow captain Sarfaraz Ahmed and Arthur to continue working till the World T20 Cup in Australia next year.

Under a revised constitution of the board, the Managing Director now has full authority to appoint the head coach, support staff, selection committee and captain of the national after consultations with the Chairman.

In the past, the PCB Chairman had total powers to make the appointments.

Many of the former players and critics believe that Sarfaraz might be asked to continue as captain in the ODI and T20 formats while the board could go for a change in the captaincy for the Test squad.

Sarfaraz, earlier this week, told a press conference in Karachi he had no intentions of stepping down as captain but it was the board's call on whether he will be retained as captain or replaced by someone else.

Ironically while Sarfaraz defended the performance of the team in the World Cup, the next day at a presser in Rawalpindi, allrounder Imad Wasim said the team's performance was not satisfactory as it failed to reach the last four stage.

Imad has time and again been promoted as the next captain after Sarfaraz in the limited over formats.