Sacked Mickey Arthur Hits Out At PCB, Says He Is 'Disappointed And Hurt'

Mickey Arthur, who has been linked with a move to England, said he had done his best with Pakistan who narrowly failed to reach the World Cup semi-finals 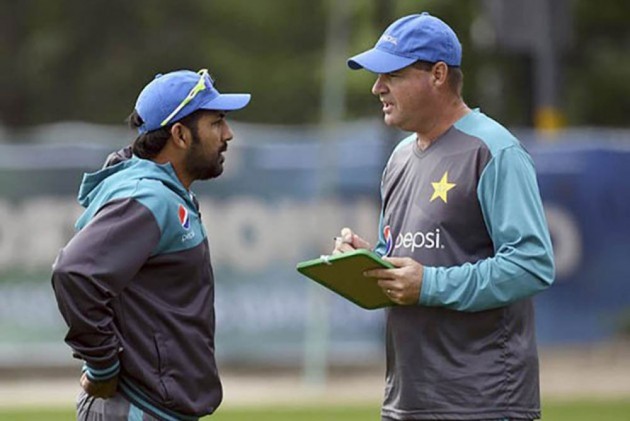 Shortly after getting sacked as the head coach of the Pakistan national cricket team, Mickey Arthur on Wednesday hit back saying he was "disappointed and hurt".

The Pakistan Cricket Board (PCB) decided not to renew the contracts of Arthur and his support staff, including batting coach Grant Flower, a move that was expected after the team's World Cup debacle.

The PCB announced that it will be "immediately undertaking a robust recruitment process" after refusing to renew the contracts of Arthur, Flower, bowling coach Azhar Mahmood, and trainer Grant Luden.

Arthur, who has been linked with a move to England, said he had done his best with Pakistan who narrowly failed to reach the World Cup semi-finals.

"I am extremely disappointed and hurt," the South African told AFP.

"I did my wholehearted effort to lift Pakistan cricket," he added.

Arthur's contract expired after last month's World Cup, won by hosts England, and he had asked for a two-year extension.

The PCB Cricket Committee, which met on Friday, was unanimous in its recommendations for the change.

Pakistan narrowly missed out on making the knockout stages of the June-July World Cup in England after winning five and losing three of their nine matches.

But PCB chief Ehsan Mani said Arthur and his coaching staff were all out.

Pakistan's new coaching staff will be appointed after a four-member committee assesses the team's performance at the World Cup, it said.

Reports say Arthur is on the shortlist of names for the next England coach after Trevor Bayliss departs following the ongoing Ashes Test series.

Pakistan lost heavily to arch-rivals India at the World Cup but finished with a record of five wins from nine matches, including one game that was rained off.

They scored 11 points and were unlucky to be pipped to the semi-finals by New Zealand -- who also had 11 points -- on net run-rate.

The PCB committee, which includes former captains Wasim Akram and Misbah-ul-Haq and which met on Friday, was unanimous in calling for new coaches.

"The unanimous recommendation of the committee was that it was time for new leadership and a fresh approach."

The PCB said it would advertise the posts soon.

Arthur joined Pakistan in May 2016, leading them to a drawn Test series with England that lifted them to the top of the rankings.

Pakistan also won the Champions Trophy in England in June 2017, raising their stock in limited-overs cricket.

That win, Arthur said, "brought on a whole new team of young players".

"We also became world number one in Twenty20 cricket in this period, which was an achievement," he said.

However, Pakistan has wilted in Tests in the last two years, losing 2-0 to Sri Lanka in the United Arab Emirates in 2017.

In all, Pakistan won 10 out of 28 Tests under Arthur, losing 17 and drawing one.

Pakistan have also struggled in ODIs in the last two years. Under Arthur, Pakistan won 29 of 66 ODIs, losing 34 with three no-results.