Babar, Rizwan, Hasan and Shaheen were recently awarded Grade 'A' contracts and have asked PCB for the hike 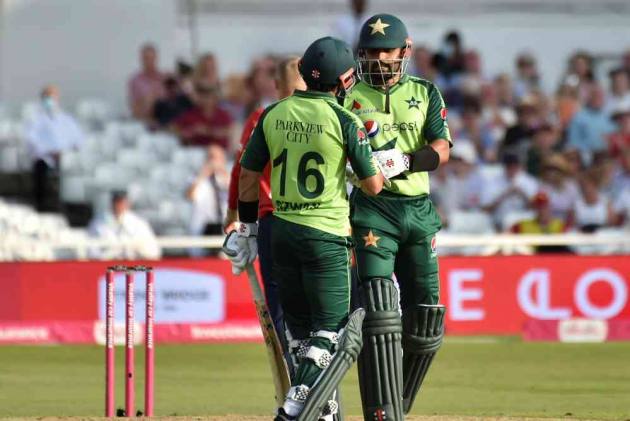 All four, who were recently awarded 'A' grade contracts by the PCB have told a senior board official that their match fees should be revised, according to a report published in cricketpakistan.com.pk.

According to the report, that these players are not happy as there was no increase in their Test, ODI and T20I match fees in the new central contracts.

In July, PCB announced a performance-based central contract list 2021-22 for 20 players, including three emerging cricketers, in which match fees across all formats were made the same for all categories.

Only four players, Babar, Rizwan, Hasan and Shaheen were given Category A contracts while other senior players including former captains, Azhar Ali and Sarfaraz Ahmed  were relegated to grade B and C respectively.

Veterans like Muhammad Hafeez, Shoaib Malik, Wahab Riaz being given no contracts.

To make bring in uniformity across formats, the PCB increased the Test, ODI and T20 match fees in B and C categories while in Grade A, only retainership percentage was increased by 25 percent.

However in grade B, Test match fee was increased by 15 per cent, ODI and T20I remunerations by 20 and 25 per cent respectively.

As per the website report, one of the senior players have already registered his protest with PCB, Director – International Cricket Zakir Khan and requested for an increase in match fee of Category A players.

While Zakir has given no such assurance, the senior cricketer is confident that the board will not decline his request.
The report said that the PCB had denied that any cricketer had complained to them about their match fees.