Pakistan was whitewashed by the South Africans and before that, they lost a three-match Test series to New Zealand in the UAE by 1-2. 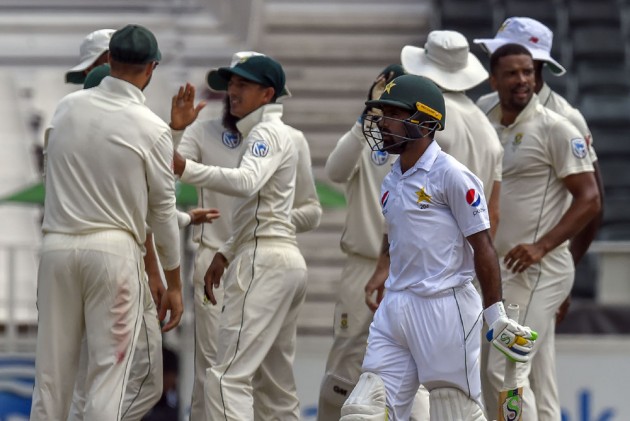 The Pakistan Cricket Board (PCB) has announced that an inquiry will be set up to probe the national team's poor performance in the recent three-Test series against South Africa.

"No doubt everyone is disappointed with the way our team played in the Test series in South Africa. We will do our best to find out the causes of defeat by holding an in-depth inquiry," its chairman Ehsan Mani.said.

Pakistan suffered a 0-3 defeat in the Test series and Mani said that recent results are disappointing and understandably cricket fans were also upset with the Test performances.

Talking to the media in Islamabad, Mani said that after the tour to South Africa is over, the PCB would have an inquiry into the team's poor Test performances.

Pakistan was whitewashed by the South Africans and before that, they lost a three-match Test series to New Zealand in the UAE by 1-2.

A well-informed source in the board told PTI that Mani had already spoken to the head of the cricket committee, Mohsin Khan and asked him to meet with his committee members and prepare a report on what they felt went wrong in the Test matches.

Though the cricket committee can only recommend and make suggestions to the Chairman but the source said that they had been closely watching the performances of the Pakistan team and had some reservations over some selections and other issues.

Pakistan bounced back in the first match of the five-match one-day international series, winning by five wickets on Saturday.

Mani also said that the PCB was paying a lot of attention to the national women's team and providing more facilities and structure for women's cricket.

He said efforts were being made to encourage more girls to take up the game and also bring in new players into the national side.

He also made it clear that national sports federations needed to understand that sports cant be run through just government funding and these federations also needed to get sponsorship from big corporates and banks and build up their resources.