PSL 2022: All You Need To Know About Pakistan Super League T20 Cricket League

The entirety of PSL 2022, which starts on January 27, will be played in Pakistan. Shahid Afridi had previously played for Peshawar Zalmi, Karachi Kings and Multan Sultans. Quetta Gladiators are his fourth team in the PSL. 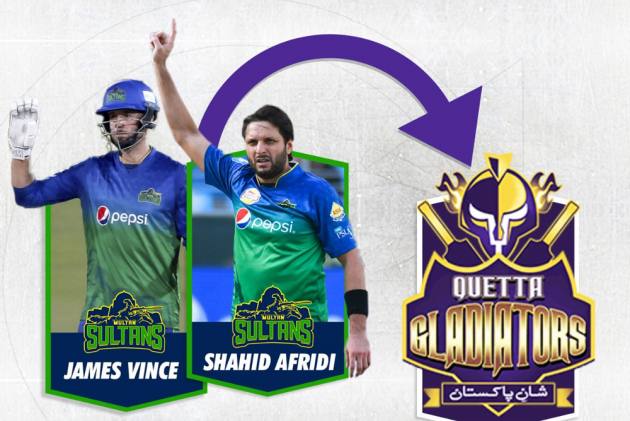 Afridi, a former Pakistan captain, played for Peshawar Zalmi in 2016-17, then turned up for Karachi Kings in 2018 and joined Multan Sultans in 2019. Quetta Gladiators are his fourth team in the PSL.

"I am excited to join Quetta Gladiators, a side that has had a roller-coaster ride in the past few events despite winning the title in 2019," Afridi said after the deal.

The 46-year-old will be playing in his final PSL season. Afridi played four matches for Sultans last year.

"In my final PSL event, it will be my dream and wish to sign off with another PSL trophy after tasting success with Peshawar Zalmi in 2017. PSL is an event that encourages and inspires a player to give his very best. I will use the same motivation to help my team and put up performances that can help us achieve our event objectives," he added.

Gladiators also signed England batter James Vince from the Sultans, who will now have extra picks in the upcoming PSL draft, scheduled for December 12.

Gladiators finished last in the previous season, winning only two matches in 10 outings.

The entirety of PSL 2022, which starts on January 27, will be played in Pakistan. The final is set to be played on February 27 at the Gaddafi Stadium in Lahore. The venue gets 19 matches while Karachi will host 15.

In India, the Pakistan Super League will be telecast live by Sony Sports Network. Live streaming will be available on its SonyLiv platform.