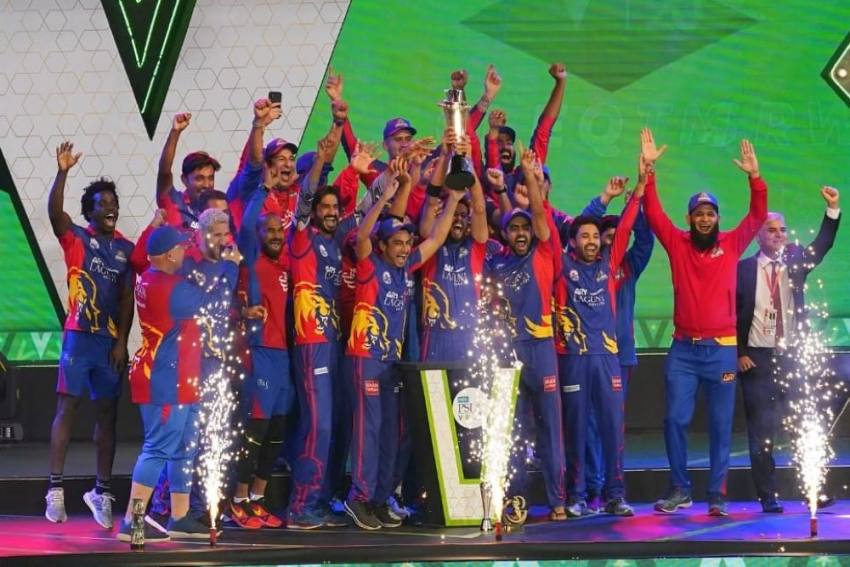 Spectators will return to cricket stadiums in Pakistan for the first time since the coronavirus pandemic began when the sixth edition of the Pakistan Super League begins in the southern port city of Karachi on Saturday. More Cricket News | Live Streaming

The government has allowed the Pakistan Cricket Board to admit 20 per cent capacity of fans inside the stadiums for the country's premier Twenty20 league, maintaining proper social distancing and making masks mandatory for spectators.

"Without crowd there was no enjoyment," said Quetta Gladiators wicketkeeper/batsman Sarfaraz Ahmed.

"It's the great news that we will be playing in front of our own crowds after a long time."

During the pandemic, the PCB successfully hosted two international series — against Zimbabwe and South Africa — in empty stadiums besides organising more than 200 domestic cricket matches in a bio-secure bubble.

The PCB is confident that it is now well-versed in implementing its COVID-19 procedures, with only one local player being expelled for violating protocols during a domestic game.

More than 120 players, 60 support staff and about a dozen match officials will remain in a biosecure bubble for the PSL tournament.

Mani admitted that a large number of fans will be disappointed due to limited seating available both in Karachi and Lahore. However, the government will review crowd capacity at Karachi's Gaddafi Stadium before the playoffs and the final in Lahore next month.

Karachi Kings defeated archrivals Lahore Qalandars in the final in November after the PSL playoffs were postponed due to COVID-19 in last March. Just three months later, the defending champions will open the new season with a match against 2019 winners Quetta.

Karachi will be among the favorites for the title with Pakistan T20 regular Imad Wasim leading the side. They have an ideal set of openers — Pakistan Twenty20 skipper Babar Azam and hard-hitting batsman Sharjeel Khan. They also have experienced bowler Mohammad Amir and Afghanistan offspinner Mohammad Nabi.

Lahore has last year's world top three Twenty20 wicket-takers among its ranks. Rashid might have to leave the side due to Afghanistan's tour of Zimbabwe after playing in initial matches, but Shaheen Afridi and Haris Rauf form a formidable pace attack with experienced Mohammad Hafeez providing the nucleus of their batting.

Islamabad had a minor setback when they lost Colin Munro, who could not travel to Pakistan from New Zealand due to COVID-19 restrictions, so he was replaced with Australian spinner Fawad Ahmed.

Quetta did make the playoffs for the first time last year. The side has Australian allrounder Ben Cutting, who could prove handy in the middle order with his clean hitting along with England's Twenty20 specialist opening batsman Tom Banton.

Peshawar Zalmi will be led by fast bowler Wahab Riaz and has the two most experienced Twenty20 players in Kamran Akmal and Shoaib Malik. South Africa's David Miller will strengthen the batting lineup in the second half of the tournament, but they have young hard-hitting batsman Haider Ali and England's experienced Ravi Bopara among their ranks.