Kumar, who won a T-42 high jump bronze at the Tokyo Paralympics, was admitted to AIIMS but later released. He is awaiting the results of few more tests. 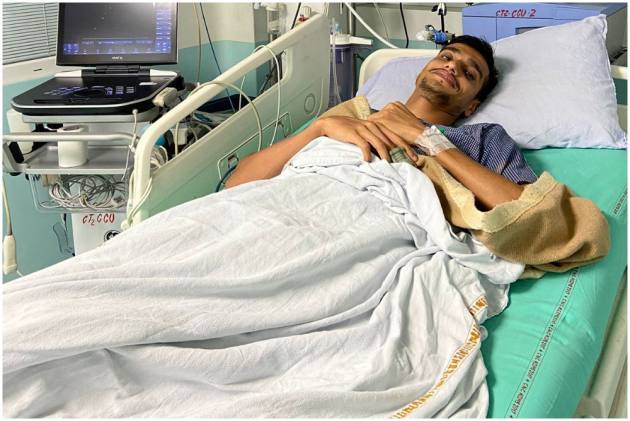 Tokyo Paralympics bronze medal-winning high jumper Sharad Kumar has been diagnosed with heart inflammation and has undergone a few more tests, reports of which are still awaited. (Other Sports News)

Kumar, who won a bronze in the T-42 high jump event in the Tokyo Paralympics on August 31, was admitted to the All India Institute of Medical Sciences (AIIMS) after experiencing chest congestion last week.

“The earlier reports showed that I have an inflammation in my heart,” Kumar told PTI on Thursday. The-29-year-old Patna-born athlete, who stays in Chhatarpur, was discharged from the medical facility earlier this week but had to come back for some more tests.

“I have come back here for more tests. Since I live just 10 minutes away, I had asked the hospital authorities to allow me to go home,” he added.

Kumar, whose left leg was paralysed after he was administered a spurious polio vaccine as a toddler, competed in the T-42 final in Tokyo last month despite suffering a knee injury while training before his event. He later revealed he was on the verge of pulling out of the competition. Kumar had jumped 1.83m to win the bronze.

He is a double Asian Para Games (2014 and 2018) high jump champion and also a world silver medallist (2019). The T-42 classification is for athletes with a leg deficiency, leg length difference, impaired muscle power or impaired passive range of movement in the legs. The athletes compete in a standing position.