Djokovic's opponent Gael Monfils had to pull out of the tie after an ultrasound a few hours ago showed a muscular lesion in his thighs. 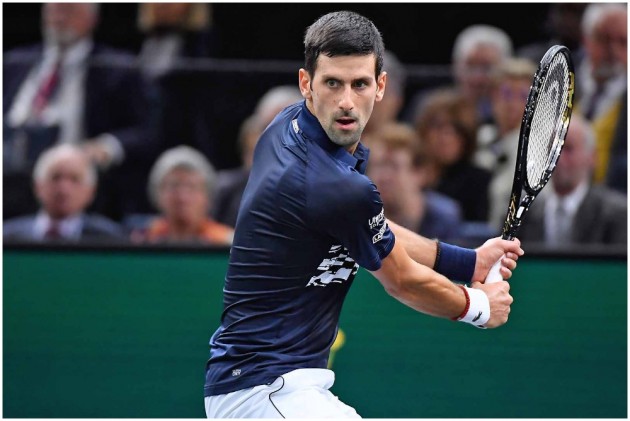 Novak Djokovic advanced to the quarterfinals of the Paris Masters on Thursday without playing a point because Gael Monfils pulled out injured. Monfils, who is 0-17 against the top-ranked Djokovic, said he has an adductor injury. (More Tennis News)

“Following the medical opinion of my team, we did an ultrasound a few hours ago and we identified the muscular lesion,” the Frenchman said. “Following this, we decided with the medical team and my tennis team to withdraw.”

Monfils expressed sadness at not being able to play in front of his parents, who had traveled from the Caribbean to watch him.

“Well, horrible frustration, because all of my family, my relatives are here, my mother came from Martinique and my dad from Guadeloupe,” Monfils said.

“We waited until the last moment, and yesterday the ultrasound was not great. This morning we did another ultrasound, it was not fantastic either.”

Djokovic, a five-time champion at the Paris Masters, will next face Taylor Fritz. The unseeded American beat 10th-seeded Cameron Norrie 6-3, 7-6 (3) to hurt the British player’s chances of qualifying for the season-ending ATP Finals.

Fritz saved two set points while trailing 40-15 in the 10th game of the second set. He later held serve to force a tiebreaker and had four match points at 6-2. Norrie saved one match point on his own serve, but Fritz followed up a strong first serve with a forehand winner on the next point to advance.

Fritz has lost all four of his career matches against Djokovic, including losses this year at the Australian Open and the Rome Masters.

Seventh-seeded Hubert Hurkacz rallied to beat lucky loser Dominik Koepfer 4-6, 7-5, 6-2 to strengthen his chances of clinching a spot at the ATP Finals, which starts on November 14.

Hurkacz will next play James Duckworth, an unseeded Australian who advanced to his first Masters quarterfinal with a 7-6 (6), 6-4 victory over Alexei Popyrin.

Later Thursday, defending champion Daniil Medvedev was to face Sebastian Korda in their first career meeting and fourth-seeded Alexander Zverev was to play No. 16 Grigor Dimitrov.