Mbappe scored two and set up another as Paris Saint-Germain beat Montpellier 4-0 in Ligue 1 on Friday. 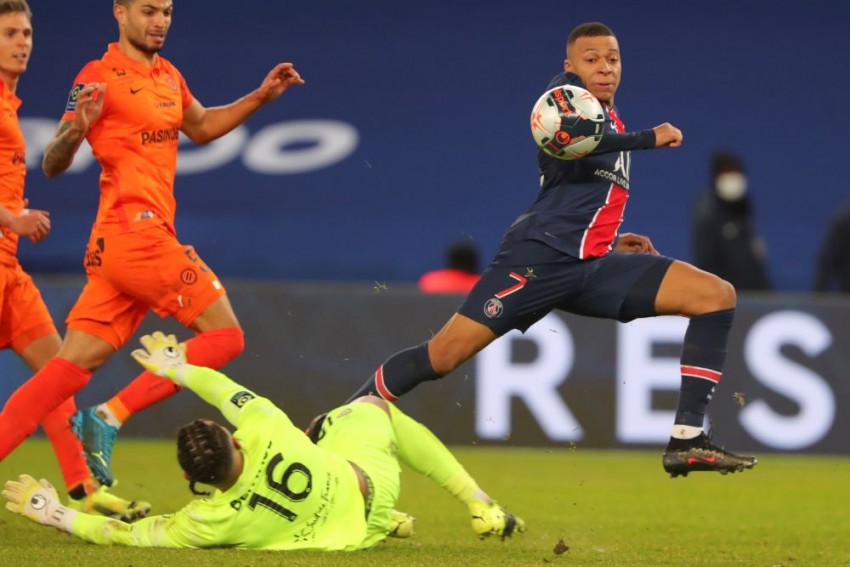 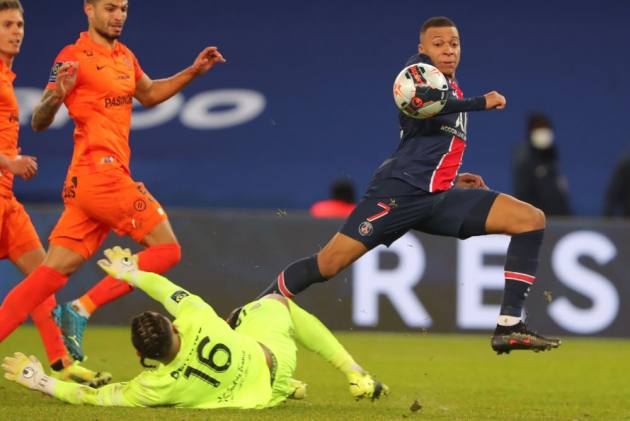 Kylian Mbappe scored two and set up another as Paris Saint-Germain beat Montpellier 4-0 in Ligue 1 on Friday. (More Football News)

Having faced recent questions over his form and focus, Mbappe responded with a decisive display at Parc des Princes to help Mauricio Pochettino's men to three points.

Mbappe broke the deadlock after Montpellier goalkeeper Jonas Omlin had earlier been sent off for fouling the France star, and he set up Neymar to mark his 100th PSG appearance with the second goal.

Mauro Icardi and Mbappe added two further goals within three minutes as the champions eased to a routine win, their fourth in a row by at least four goals against Michel Der Zakarian's side.

Montpellier, six games without a win in Ligue 1 before this contest, were left with a huge task when Omlin flattened Mbappe following a stunning throughball from Leandro Paredes, with a VAR review leading to the keeper's dismissal.

It was Mbappe's 13th league goal of the season and the 13th time he has been assisted by Di Maria in the competition.

Neymar almost doubled the lead before the break but was thwarted by a good save from Bertaud, who then denied Mauro Icardi acrobatically early in the second period.

The second goal came on the hour mark, though, Mbappe teeing up Neymar for a simple finish after a fine lofted pass from Marco Verratti.

With the floodgates suddenly open, PSG scored a further two goals inside three minutes, Icardi drilling high into the net after good work from Alessandro Florenzi and then setting up Mbappe for a routine finish after Neymar led a quick break.

Bertaud did manage to deny Layvin Kurzawa a stunning fifth, tipping the full-back's bicycle kick onto the crossbar.

13 - Kylian Mbappé received 13 assists from Angel Di Maria in Ligue 1, more than from any other player in the top-flight. Complicity. #PSGMHSC pic.twitter.com/LCV9KQ58y6

What does it mean? Mbappe responds to critics as PSG move clear at summit

This was a clinical and timely display from Mbappe, who had only scored twice in his previous eight games in all competitions and none at all since Pochettino took charge.

It also delivered a result that moved PSG three points clear at the top of the table, with second-place Lille playing their game in hand at Rennes on Sunday.

Montpellier, who have won one of eight games since losing the reverse fixture 3-1 at home to PSG on December 5, are 11th.

Pochettino has maintained Mbappe's form was of no great concern and the PSG boss was vindicated for his faith here.

The 22-year-old scored twice from three shots on target, the first a finish of impudent quality, and turned provider for Neymar to strike.

There was a moment early in the second half when some loose midfield play gave Montpellier a possible two-on-one break towards the PSG goal. Marquinhos dealt with the danger with consummate ease.

Unfortunately for the hosts, the centre-back went off 52 minutes in with an apparent muscular problem. They will be eager to hear good news on that.

PSG next travel to Lorient on January 31, a day after Montpellier host Lens.