Paris Saint-Germain suffered their third Ligue 1 defeat of the season as bottom side Dijon came from behind to stun the French champions 2-1. 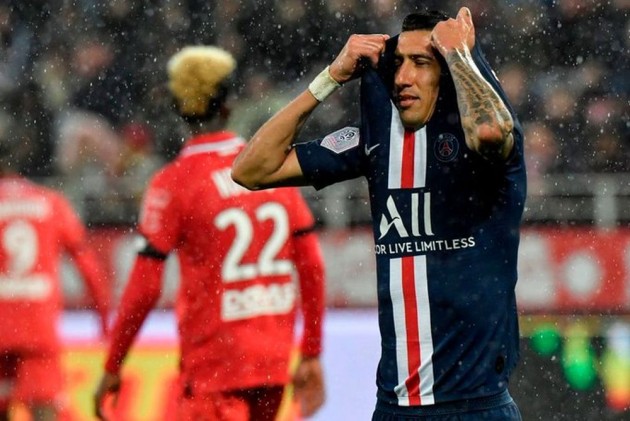 The home side had never previously beaten PSG in eight top-flight attempts and it appeared the game would run true to form when they found themselves a goal down through Kylian Mbappe's clinical strike. (FOOTBALL NEWS)

But Thomas Tuchel's side were guilty of coasting when in front and were made to pay by strikes from Mounir Chouiar and Jhonder Cadiz either side of half-time.

PSG twice hit the frame of the goal and missed a glut of late chances as they went in search of a leveller that did not arrive, meaning just a third loss of the season in all competitions.

Despite an 18-point deficit between the teams prior to kick-off, bottom club Dijon started the match brightly and tested Keylor Navas through efforts from Julio Tavares and Cadiz.

However, Mbappe gave the visitors the lead against the run of play, delicately lifting the ball over Alfred Gomis after being put in the clear by Angel Di Maria.

But PSG struggled to get going and were pegged back on the brink of half-time, Navas spilling Didier Ndong's low cross into the path of Chouiar for a close-range finish.

Picking up from where they left off, Dijon scored a second 103 seconds into the second half, Cadiz turning Marquinhos before firing the ball through the legs of goalkeeper Navas.

Leandro Paredes also hit a post with a drive through a sea of bodies but, despite the introduction of Edinson Cavani, there was no way through a resolute Dijon defence.