Thanks to influx of Qatari sovereign wealth investment linked to the emir, PSG was the only club financially equipped to acquire Lionel Messi's services 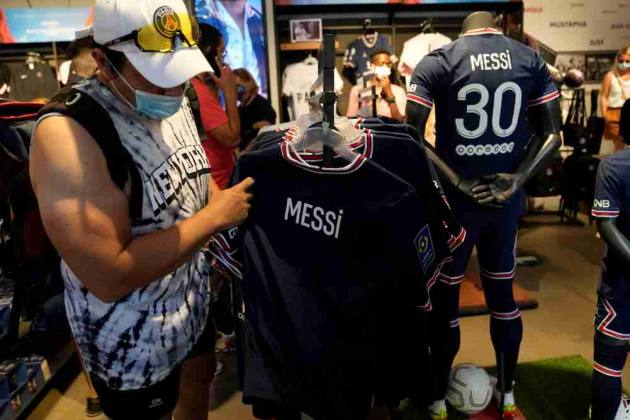 The 34-year-old Argentina star joined PSG on a two-year contract with the option for a third season after leaving Barcelona and was unveiled at a news conference at Parc des Princes stadium.

“There's a lot of positive he's bringing to the club and you can see (it) in everything, in terms of commercial, in terms of social media, that's amazing,” Al-Khelaifi said, sitting alongside Messi.

READ: Messi To Wear No. 30, Neymar Already Wears No. 10 at Paris Saint-Germain

Al-Khelaifi said all key figures have increased in the past few days since it became clear that PSG was the frontrunner to land Messi, whose No. 30 jersey was quickly made available for sale in the team's online store after the signing.

“You're going to be shocked, honestly, in the numbers that we have,” he said, before joking that “I hope that Leo doesn't ask for more salary."

PSG has been transformed over the last decade since the influx of Qatari sovereign wealth investment linked to the emir. Once Messi's Barcelona contract expired — and the Catalan club was unable to afford to keep him — PSG was one of the few teams that could finance a deal to sign the six-time world player of the year.

Al-Khelaifi insisted that his club complies with UEFA's Financial Fair Play. Some flexibility has been provided in the rules due to the COVID-19 pandemic and changes are due to the system that were designed to stem losses.

“We follow the Financial Fair Play regulations from the day one that we started until the end," he said.

“Before we do anything, basically we look with our commercial people, with financial people, with legal people so as soon as you see that we sign Leo that means we could, we had the capacity to sign him... We know that we could sign him,” Al-Khelaifi said.

Al-Khelaifi, as chairman of the European Club Association and a member of UEFA's executive committee, is involved in the process of discussing a wider update to FFP that could allow more unchecked spending again. (AP)