Gill hit a counter-attacking 91 in the second innings of the fourth and final Test in Brisbane to set up India's epic chase en route to their 2-1 series triumph. 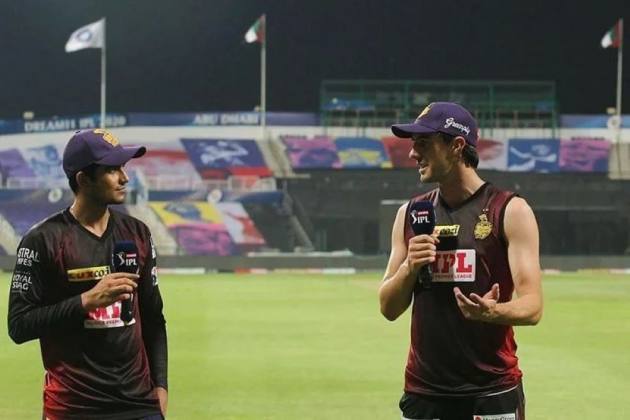 Kolkata Knight Riders pace spearhead Pat Cummins is a big fan of Shubman Gill and said he likes the way the young India opening batsman stays relaxed while taking the game on.

"He's good, he's young. He wants to take the game on and is really relaxed," the star Aussie pacer said in an Instagram live by KKR in the build-up to their opening IPL match against Sunrisers Hyderabad here on Sunday.

"He doesn't take cricket or life too seriously. So it's good fun to be with him," the world's no 1 Test pacer added, hailing the India youngster as the duo would be seen playing together, months after their thrilling duel in the Test series Down Under.

The 21-year-old was one of the architects of India's epic Test series win Down Under, in what was his debut outing.

Gill hit a counter-attacking 91 in the second innings of the fourth and final Test in Brisbane, something that set up India's epic chase of 328 at the Gabba en route to their 2-1 series triumph.

"I get along really well with Shubman. It was a great debut for him last summer in Australia. We had some good contests out in the field. I really feel happy for him, he had a great start to his Test career," Cummins said.

Amid the COVID-19 scare, IPL will follow a caravan format and for the first time the franchises will be deprived of home advantage as KKR too would miss playing at the iconic Eden Gardens.

"Just looking forward to playing for you guys this season. I know, unfortunately, we're not going to get up to Kolkata and see you in person but yeah give us all the love on social media.

"We see it all and we absolutely love it, and we'll be trying our best for you, so stick with us and yeah hopefully see you all soon," Cummins said in a message to the fans.