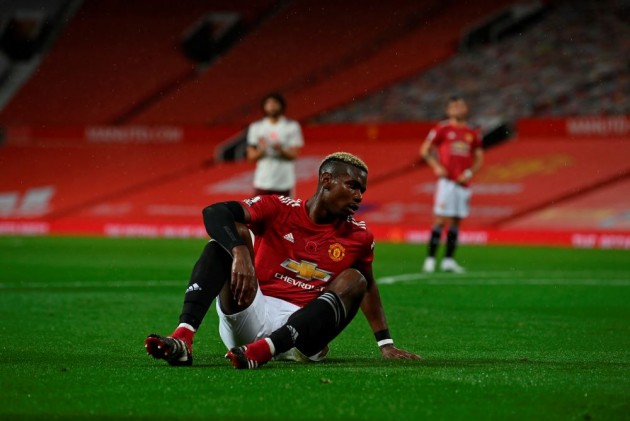 Pogba has struggled for form and consistency this season amid links with a return to Serie A champions Juventus and blockbuster switch to LaLiga holders Real Madrid.

The France international, who previously flagged an exit last season, has found himself on the bench at Old Trafford this term – Pogba has started four of United's seven Premier League fixtures.

Through three Champions League matchdays, Pogba has only been named in Ole Gunnar Solskjaer's starting line-up once.

Pogba has created two chances in the Premier League, while his passing accuracy stands at 79.9 per cent, while he has three chances created and two assists in the Champions League.

After struggling in the midweek friendly loss to Finland, Deschamps was asked about Pogba ahead of Saturday's Nations League showdown against Cristiano Ronaldo's Portugal.

"He is not at his best, I knew that before," Deschamps told reporters. "This match against Finland was supposed to give him rhythm, so did Olivier Giroud.

"I had talked to them, they knew they would play for an hour at most. When you see the result, it's hard to remember the positive. Paul is not in his best period, I said that before Finland.

"Like all players who have a complicated situation at a club, they are impacted mentally, not just physically."

France sit second behind Portugal on goal difference after four games in League A Group 3.

Deschamps' France have won three matches and drawn once as they prepare for a Nations League double-header against Portugal and Sweden, who are winless.