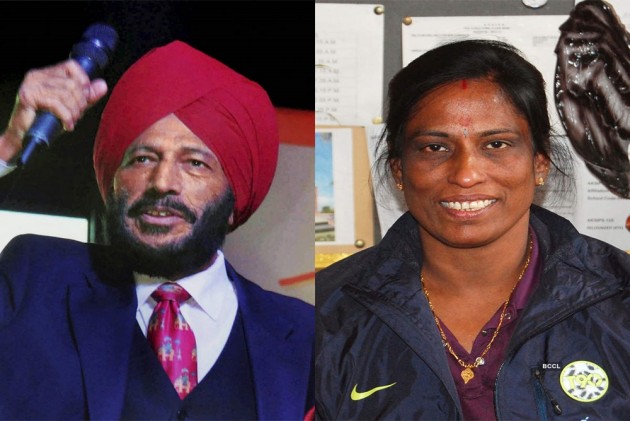 Milkha Singh attained great speed and big achievements through sheer hard work and determination. The young generation of athletes have much to learn from a legend like Milkha. In an interview with Outlook, Olympian PT Usha shares her memories about the late Milkha Singh. Excerpts:

Could you please share with us your memories of Milkha Singh?

When I was a trainee at Kannur Sports School at the age of 13, my coach Nambiar sir used to tell us a lot of things about Milkha Singh- his achievements, lack of nervousness on the track, and a lot of fun stories about him. One such story was this: when Milkha was sitting in a corner of the ground after a race, someone asked him, “Are you tired?” Milkha replied, “No, I am not tired. I am Milkha Singh.” One day a thief entered Milkha’s house. Milkha got to know about the thief’s presence and he chased the thief. Instead of catching the thief, Milkha overtook him and ran afar. When he was in the Army, during one race, the blocks on the track got displaced with the force of Milkha’s running. He got angry, turned back, and started shouting at the guys who had placed the block there. He continued the race only after that and yet finished first. With many such stories- and they were real- about him and the many proud moments he gifted to the country, in my childhood, I always wanted to meet Milkha Ji in person someday.

I first got the opportunity to meet him in 1982 at the world junior invitation meet in Seoul. I was there as an athlete and he was the Chef De Mission. I was very young and I was not well-versed in Hindi. He was very formal and would ask us to perform well. After I narrowly missed the Olympic medal in 1983-84, he started advising me more. He used to tell me that race on the Indian track alone won’t help to win international competitions. He would ask me to participate more in international events to gain experience on foreign tracks. Whenever we meet, he would either call me PT or ‘beti’ (daughter). He never called me Usha. I also had the opportunity to travel with him and his family on many occasions. He encouraged me a lot when I started my Usha school of Athletics. He would always stress the word exposure and would ask me to help the young generation to get maximum exposure.

Three-four years ago, when I went to Chandigarh, his wife was ill. My husband and I visited them and spent a long time with them. When I wanted to visit Patiala, Milkha Ji gave me his car. Though you may see him as a serious person from outside, within his close circle, he was always a fun-loving person. In our last interactions, he would tell me that he was ready to leave. He said he has handed over all his medals, shoes, and everything to the museum. I was stunned to hear that. He was strict about exercises and his body was always fit. It’s the Covid that took his life. That’s very painful.

Milkha had a childhood marred with hardship and poverty. Do you see any parallel with him?

Milkha ji had a very painful childhood. I have heard about his hardships directly from him. I wouldn’t have faced such poverty as he did. Even I have asked him at times whether all those stories we heard about him were true incidents or not. He has narrated to me several of his experiences. There are bigger hardships he has faced than the stories we have heard about him. My parents provided me the best they could, if not more. I was even provided goat milk by my parents. But, on the track, like him, I have also come through a tough and challenging time. I had even vomited on the track in initial times.

Milkha’s career had several glorious moments. What’s your favorite one among his many achievements?

Both you and Milkha had a narrow miss in winning the Olympic medal. How do you see the coincidence?

You are fondly called the ‘Payyoli Express’ and Milkha the ‘Flying Sikh.’ Could you please compare both of your experiences as being sportspersons in two different regions at two different times?

He achieved great speed in those times when athletes had no synthetic track or many facilities in India. Even today, when athletes have all facilities, their achievements remain unbeatable. There were not many cash awards or support to athletes in those times. I once asked him what did the country give him when he won medals. He said then Prime Minister had asked him what he wanted after he won gold in the commonwealth games. So he asked the Prime Minister to announce a holiday. He had narrated this incident to me.

An Olympic medal is still a dream for India. What’s your advice to young athletes?

An Olympic medal in athletics is still a dream for India. Milkha Singh is the torchbearer for young athletes to achieve that goal. Facing all such hardships and with few resources and facilities, if Milkha could reach 1/10th second away from the Olympic medal, why won’t the young generation win an Olympic medal when they have everything in their hand. We are not lacking in anything today. The young generation just needs the mindset for hard work. The country has to identify and promote raw talent. I have full faith that India will win Olympic gold in athletics sooner than later.