Nida Dar was chosen the Women’s Cricketer of the Year award for her all-round performances. Shaheen Shah Afridi bagged the Impactful Performance of the Year for his 3/31 against India in T20 World Cup 2021. 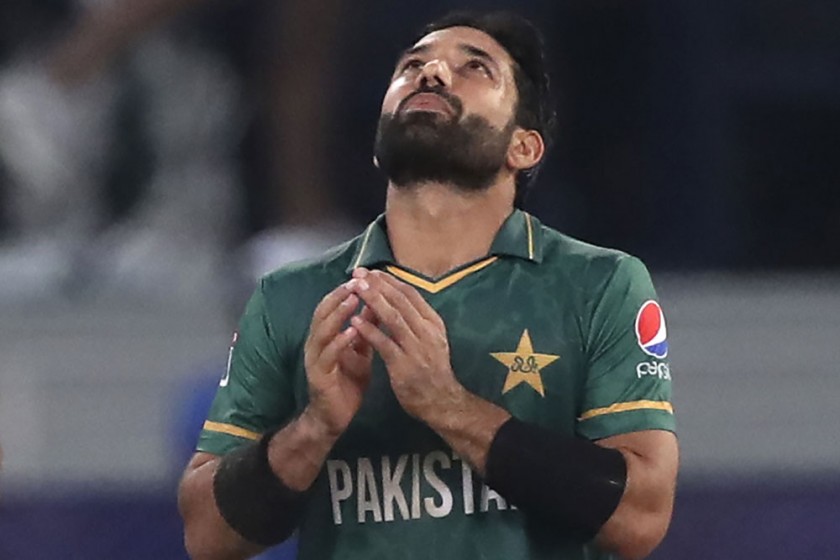 Rizwan had a stellar 2021. In the year gone by, the right-handed wicketkeeper scored 455 runs in Tests, 134 in ODIs and 1326 in T20 internationals. Besides proving himself with the bat, Rizwan also affected 54 dismissals behind the stumps across formats.

“I thought I had an exceptional year in the shortest format of the game when I was able to hit a century early in the year against South Africa and then carry that confidence and momentum for the rest of the year,” Rizwan said. The award ceremony was held virtually.

For the T20I Cricketer of the Year award, there wasn’t any option to look upon apart from Rizwan. The 29-year-old became the first batter to breach the 1000-run mark in a calendar year in the shortest format of the game besides completing reaching 2000 runs in T20 internationals.

Rizwan credited the bowlers for making batters’ job easy. “I give a lot of credit to our bowlers who bowled their hearts out and didn't let the pressure get onto the batters by maintaining sustained pressure on the opponents throughout the year,” he added.

With 405 runs in six ODIs that included two centuries and a half-century, Babar bagged the One-day award. On the other hand, Hasan Ali bagged the Test Cricketer of the Year award, thanks to his 41 wickets in eight Tests. It also included five five-fors and a ten-for.

“Last year was sort of a comeback year for me after I had missed international cricket in 2020 due to an injury,” he said. “Taking ten wickets against South Africa in Rawalpindi in my second Test in nearly two years and helping Pakistan win the series 2-0 was one of my highlights of the year and a very happy moment that set the stage for the remaining part of the year.”

Meanwhile, the Women’s Cricketer of the Year award went to all-rounder Nida Dar. She scored 458 runs in the limited-overs cricket while also picking 11 wickets. Shaheen Shah Afridi’s 3 for 31 against India in the T20 World Cup 2021 saw him bag the Impactful Performance of the Year award.

His three wickets played a big role in Pakistan beating India for the first time ever in World Cups. Pakistan’s visit to the Namibian dressing room during the T20 World Cup 2021 after their Super-12 match also won them the Spirit of Cricket award.

Most Valuable Cricketer of the Year: Mohammad Rizwan

Umpire of the Year: Asif Yaqoob

Spirit of Cricket: Pakistan players’ visit to Namibia’s dressing room after their match at the T20 World Cup 2021.