People In India Talk Of Respect To Women, But Don't Practise It: P V Sindhu

Women who face sexual harassment, be it physical or mental harassment, should come forward and should not be ashamed of it, Sindhu said. 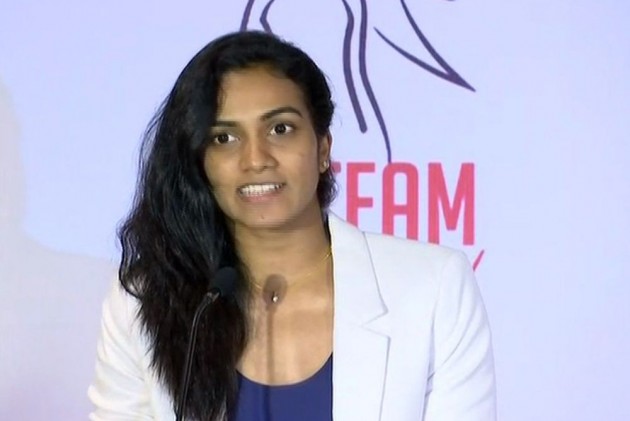 Ace shuttler P V Sindhu on Friday at an event on Friday said that  a lot of respect was given  to women in foreign countries, but,  in India, people do not practise what  they preach.

Speaking at an event titled 'SH(OUT)  - Sexual Harassment Out: We are  listening', organised by the state police in  Hyderabad, Sindhu said, "I feel really happy that there is lot of  respect towards women in other  countries, while in India, people actually tell us that we should respect women, but I think there are very  rare people who actually practise it...  who actually do it (respect). It's just  that they only say it and they don't  practise it."

"I want to say and wish that everybody should respect others and  especially women," she said adding  "women have to be strong and we  have to believe ourselves as a woman  we can do anything".

Women who face sexual harassment,  be it physical or mental harassment,  should come forward and should not be ashamed of it, and they should  talk about and speak about it,  Sindhu stressed.

She said the #MeToo movement had  brought lot of awareness about  sexual harassment of women at workplace, adding that this  movement educated both women  and also men about the responsibilities towards the society.

Hyderabad Police Commissioner  Anjani Kumar said that the vision of  the initiative is to spread awareness across working women in all sectors on what amounts to sexual harassment and what measures are required to be taken for its prevention.

During the symposium, various provisions of the Sexual Harassment  of Women at Workplace (Prevention, Prohibition, and Redressal) Act,  2013, were explained to the
delegates with specific inputs on role and responsibilities of the organisations; constitution and functions of internal complaints committee; and reporting and redressal mechanism for women employees.