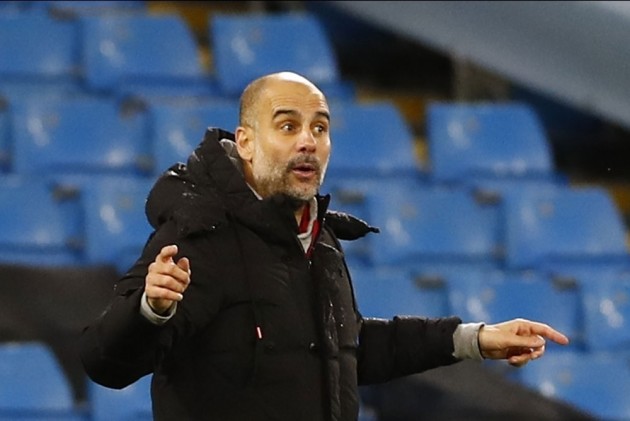 Manchester City manager Pep Guardiola admitted there was uncertainty about what condition players would be in after contracting coronavirus. (More Football News)

The Premier League giants are set to regain Ederson, Ferran Torres and Tommy Doyle ahead of their FA Cup clash against Birmingham City on Sunday.

But Guardiola said it still remained unclear just how players would return after testing positive for COVID-19.

"The doctors don't know how the body will react, maybe one month or one and a half years, no-one knows what is going to happen," he told reporters.

"Imagine after being found positive, whether you know if you are going to play at a high level. That is why the boys are a little but concerned about this and are careful.

"Because some players react well, but Ilkay Gundogan took some time to recover after the summer and struggled a little bit. So that is why it's good news they are back in the training sessions and locker room.

"But when they will be able to play minutes, we have to talk with them and the doctors and the physios and how they react to the training session and the day after. Every player and case is different and you have to be alert."

City are unbeaten in 12 games in all competitions and sit fifth in the Premier League table.

They have played two fewer games than Liverpool and one less than Manchester United, who are four points clear of them.