City remain active in four major competitions, having advanced to the League Cup final and the fifth round of the FA Cup, following Saturday's 5-0 fourth-round win over Burnley. 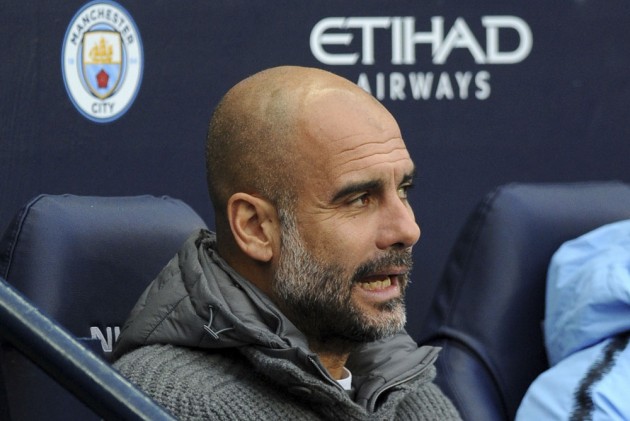 Manchester City manager Pep Guardiola has challenged his in-form players to relish their demanding schedule as they continue to chase Premier League leaders Liverpool with a visit to Newcastle on Tuesday.

Jurgen Klopp's side exited both domestic cup competitions at early stages this season, leaving them to concentrate on the Premier and Champions Leagues.

In stark contrast, City remain active in four major competitions, having advanced to the League Cup final and the fifth round of the FA Cup, following Saturday's 5-0 fourth-round win over Burnley.

It adds a fascinating angle to what is shaping up to be a memorable title race between the two north-west giants although there is no doubt Liverpool's players have the advantage in terms of rest and recovery.

The Merseyside club spent four days in Dubai last week to avoid the harsh English winter weather, while Guardiola's team packed in a league visit to Huddersfield, a League Cup trip to Burton and that FA Cup clash with Burnley.

"It's important that in January we are there," said the former Barcelona and Bayern Munich manager after City's rout of Burnley.

"So I cannot give them (the players) days off. We have a lot of games here, so no way. But sometimes I tell them it's a privilege, if you believe it's a handicap, you are (making) a big mistake." Guardiola said there would come a time when his squad could have all the breaks they wanted.

"When you are 35-years-old you can have long, long holidays, no problem. You will be retired and after that take one year for holidays, but in that moment, it's a privilege. Take it, enjoy it."

City's scheduling problems, and the League Cup Final meeting with Chelsea, have seen them bring a league fixture with Everton forward to a week on Wednesday (February 6), a game which could allow Guardiola to cut Liverpool's advantage at the top.

February also sees City face Arsenal and Chelsea in the league, as well as the cup final against the latter.

Guardiola, however, is mindful of City's defeats by unfancied Crystal Palace and Leicester in December and is, therefore, unwilling to look beyond Newcastle.

However, that dramatic loss of form around Christmas seems a thing of the distant past after City responded with eight consecutive victories in all competitions and the return of a number of injured players --- notably playmaker Kevin De Bruyne and French left-back Benjamin Mendy -- augurs well.

"It gives us a lot of encouragement," said Guardiola of Belgian star De Bruyne's return to fitness.

"But I repeat many times, this is the only way if you have four competitions, in this league, in this weather conditions, the physicality, you have competitions every three days, no rest, mentally and physically, we need them. So we needed Kevin back and Benjamin back and then after we decide."