Manchester City manager Pep Guardiola would appear to be a popular appointment at Barcelona, but his agent has ruled out such a switch 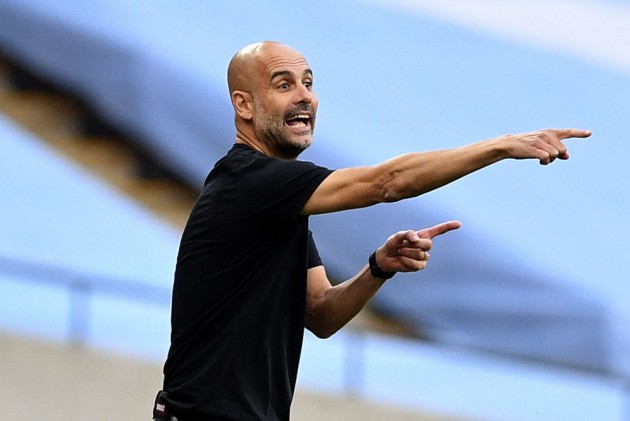 Pep Guardiola is fully committed to Manchester City and a return to former club Barcelona is "currently impossible", according to the Catalan coach's agent Josep Maria Orobitg. (More Football News)

City's third Champions League quarter-final exit in as many years has led to questions being asked of Guardiola's future at the Etihad Stadium.

READ: 'Setien Is out', Says Bartomeu

He is into the final year of his contract while Barca are expected to part company with Quique Setien, potentially prompting talk of a return for their successful former head coach.

However, Guardiola's representative Orobitg insists the 49-year-old will honour his contract with City.

PEP: It is what it is. One day we will break the gap to the semi-finals. Second half was okay, we were there, I had the feeling we were better, but you have to be perfect in this comp and we didn't.

Guardiola won 14 trophies in four seasons as Barca coach but Orobitg added it is "currently impossible" for a return to Catalonia to be considered.

Mauricio Pochettino, Ronald Koeman and former midfield icon Xavi have also been linked with the top job at Camp Nou.