Bayern Munich presented Philippe Coutinho on Monday, who acknowledged his time at Barcelona was something of a disappointment 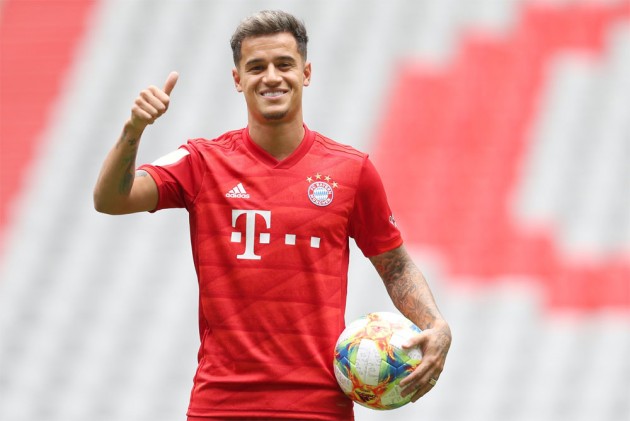 Philippe Coutinho accepts his time at Barcelona "didn't work out" the way he had hoped after he completed a loan move to Bayern Munich on Monday. (Football News)

Coutinho joined Barca from Liverpool in January 2018 in a deal potentially worth a reported €160million and things began promisingly, as he scored eight goals in his first 18 LaLiga games.

However, he struggled for consistency and failed to hold down a spot in the starting XI last season, playing only 22 matches from the beginning.

Coutinho became a scapegoat for fans and came in for increased criticism – as did coach Ernesto Valverde and team-mate Ivan Rakitic – after Barca's Champions League semi-final exit to Liverpool, despite them winning the first leg 3-0.

The Brazil international had been suggested as a potential makeweight in a deal to take Neymar from Paris Saint-Germain back to Camp Nou, but Bayern secured his loan signing with a €120m purchase option.

Coutinho acknowledges things could have gone better in LaLiga but insists he is excited to be joining the German champions.

@Phil_Coutinho : "The whole club showed great interest in me and put a lot of effort into the transfer. So i am happy to now be able to play for such a big club." #MiaSanMia#ServusCoutinho pic.twitter.com/lQ6chnyTae

"But that's the past. This is a new club, a big club, an important club. I hope I'll be here for a long time and win lots of titles."

Despite the difficulties Coutinho had at Barca, he is adamant it was not all a negative experience – though he had no doubts about leaving for Bayern.

"Within those years I did have great experiences," he said. "I learnt a lot, won a lot with that club and then we had the Copa America, which I won with Brazil and that was really important.

Also Read: Neymar 'Would Be A Bomb Inside The Locker Room', Claims Barca Legend

"Now I have a chance at a new club, a big club. I didn't have any doubts when Hasan [Salihamidzic, Bayern sporting director] called me.

"He really wanted me to come here, so they flew to Barcelona, we met, they showed me the project and that's why I really want to thank them, because from the first second [it was clear] how they see me. That was important for me to see."

Coutinho could make his debut away to Schalke on Saturday.