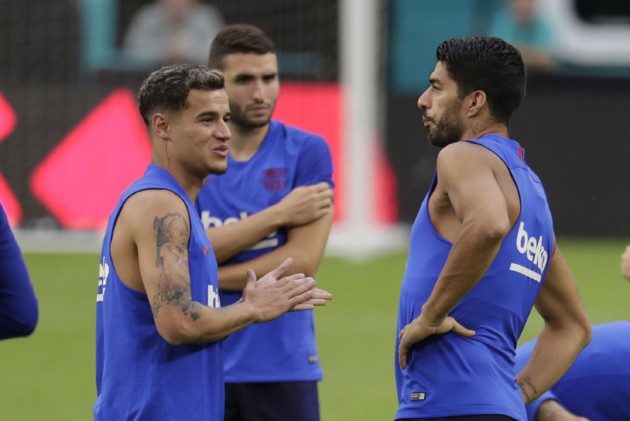 Brazil midfielder Coutinho swapped Anfield for Camp Nou in January 2018 in a deal reportedly worth over £100million after protracted negotiations.

Klopp explained how Liverpool had initially held firm against a sale due to an injury to Adam Lallana, but relented at a time when the move made sense for all parties.

"I really respected Phil's switch from the first second," he told the Pure Football Podcast.

"Not that I do that all the time but it felt 'oh wow that could be difficult'.

"So it's not about yes we signed a new contract so many weeks before that but it was really clear he would not have asked me for any other club but for this club, there was no chance.

"Then we had to be hard in the summer because we had no other solution. We lost Adam Lallana in that time as well, we would have lost two players.

"That's not possible, you cannot solve that on the transfer market.

"He was open to that [staying] and that was really cool. Then you have to be fair in the window and say we can do it, we don't like it but we can do it."

Coutinho struggled to adjust at Barca and was shipped out on loan to Bayern Munich for the 2019-2020 season, which is suspended as a result of the coronavirus pandemic.

Bayern are not thought to be keen on making the move permanent, but Barca appear certain to sanction a sale elsewhere if they can recoup a large sum of the outlay they stumped up to Liverpool.

The Reds had been linked with a move themselves, although reports say they will not be in the market for their former midfielder, and Klopp wants the best for Coutinho wherever he ends up.

"Phil was our boy for a long time," he added. "We respect him a lot and wish him all the best.

"That's how football should be. That's the most important thing the club showed in that moment."