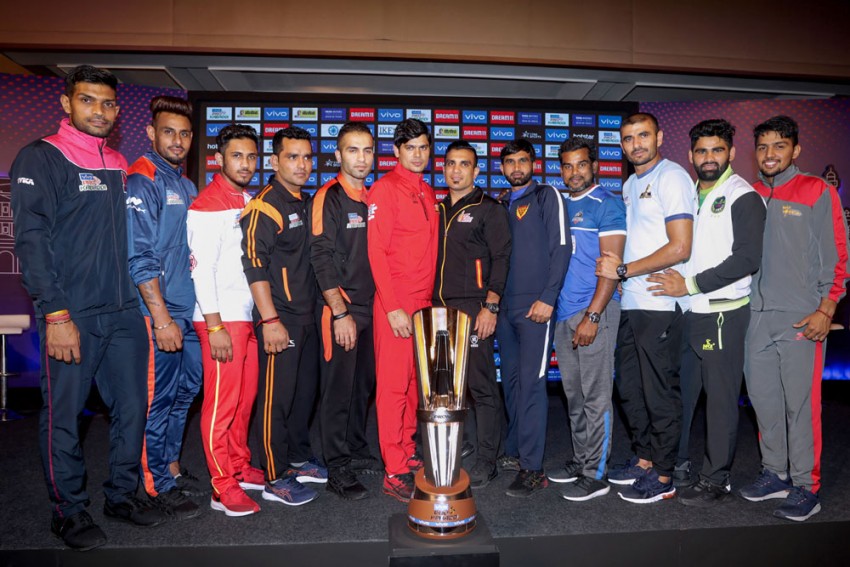 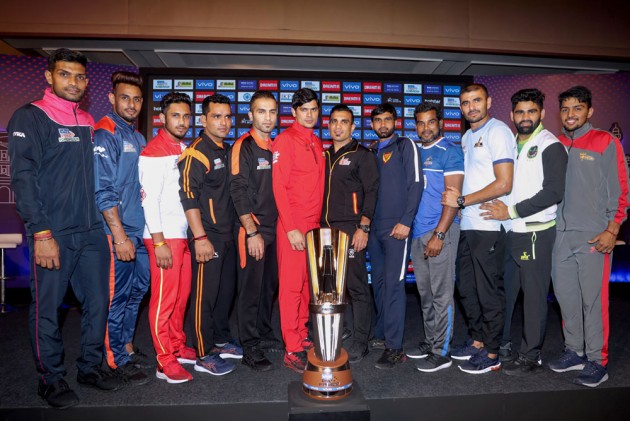 Telugu Titans and U Mumba will clash in the opening game of the seventh edition of Pro Kabaddi League at the Gachibowli Stadium Hyderabad on Saturday.

Defending champions Bengaluru Bulls will also be in action on Saturday when they take on three-time champions Patna Pirates.

Also Read: Five All-Rounders Who Could Steal The Show

The organisers unveiled the trophy on Friday in the presence of all 12 captains.

U Mumba captain Fazel Atrachali said he was banking on youngsters in the side for a good show.

"We fought hard last season and we will continue to do the same this year as well. Having Sidharth last season was a big plus for us, but this season also we have youngsters with us who have shown the same dedication and promise as Sidharth. Sidharth and I know each other well and we do have a plan to tackle him which you will see in the game tomorrow," he said.

Rohit Kumar, who is captaining Bengaluru Bulls said all the teams are "extremely competitive".

"But I believe Gujarat Fortunegiants and Tamil Thalaivas are our strongest competitors this season. This year, we aim to win a maximum of the matches and even if we lose, I will hope to lose with the minimum difference.

"The 45-day long camp has made us train and practice extremely hard and with that intensity, we will prepare for the match against Patna Pirates tomorrow and give our 100% and try to win the first match of the season," he said.

Star Sports will broadcast all the matches.