Dabang Delhi kept their unbeaten run over Tamil Thalaivas in the current edition of the Pro Kabaddi League in a close match. 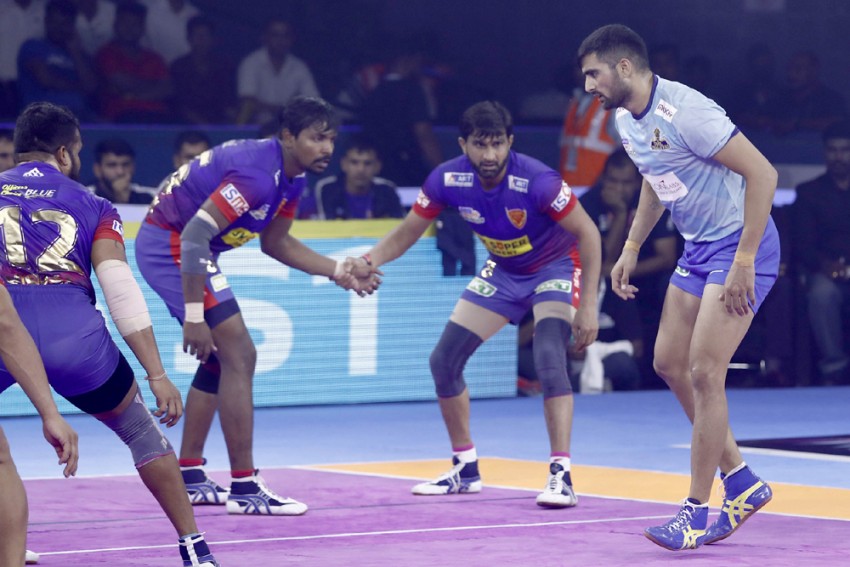 Both sides came into the match after winning their opening encounters, but it was Dabang Delhi who held their nerve to emerge victorious.
Twitter
PTI 2019-07-26T08:53:40+05:30 PKL 2019: Tamil Thalaivas' Losing Streak Against Dabang Delhi Continues 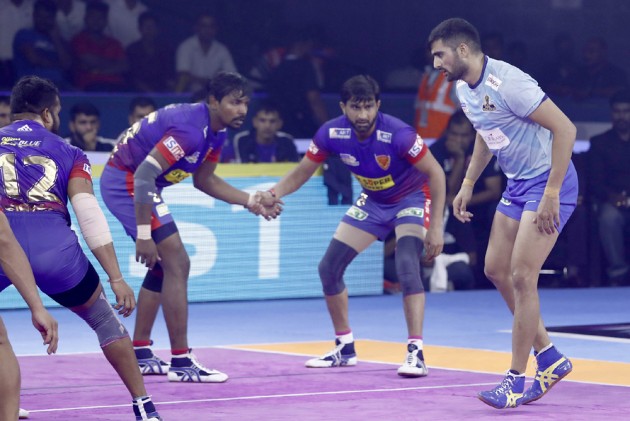 Dabang Delhi beat Tamil Thalaivas 30-29 after an uncharacteristic error from Manjeet Chhillar in the Pro Kabaddi League on Thursday.

Young Naveen Kumar stole the show in a match that was packed with exciting moments and unforced errors.

Both sides came into the match after winning their opening encounters, but it was Dabang Delhi who held their nerve to emerge victorious.

Manjeet Chhillar attained a High 5 for Thalaivas while Rahul Chaudhari scored 7 raid points. Despite the defeat, the Thalaivas look like a formidable unit with a strong defence and raiders who can win the match on their own.

By pairing Chaudhari with Ajay Thakur, Tamil Thalaivas have increased the potency of their attack.

Having Thakur by his side gave Chaudhari a new-found freedom as he got a raid point to give Tamil Thalaivas 3-1 lead in the second minute.

Dabang Delhi have two of the top defenders in the form of Ravinder Pahal and Joginder Narwal in their ranks and they forced a super tackle in the sixth minute to level the match at 5-5.

Thakur scored two quick raid points to give the Thalaivas 8-5 lead in the 9th minute and they followed it up by inflicting an all out. The strength and depth of talent in PKL was on display as two of the best raiders and three of the top defenders locked horns.

Nineteen-year-old Naveen Kumar who has made a bright start to the season, scored a two-point raid in the 15th minute as Dabang Delhi battled back to trail 10-16. At the end of the first half, Tamil Thalaivas led 18-11.

Naveen spent almost 14 minutes off the court in the first 25 minutes and his absence was felt by Dabang Delhi.

Dabang Delhi had several opportunities to inflict an all out on the Thalaivas but they kept squandering them. Chhillar put in a strong tackle on young Naveen Kumar in the 32nd minute as Tamil Thalaivas led 26-19.

Young Naveen Kumar turned the match on its head and his one raid led to three points for Dabang Delhi. He forced two Thalaivas defenders off the court and got a touch point in the 37th minute.

Delhi inflicted an all out to trail by just one point with less than three minutes to go. In the last minute, if the Thalaivas hadn't asked for a review then the match would have ended in a tie.