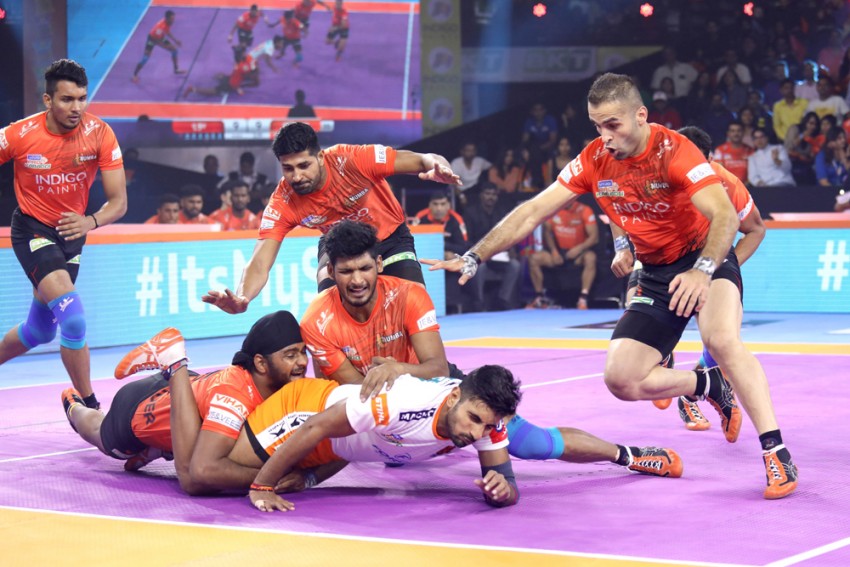 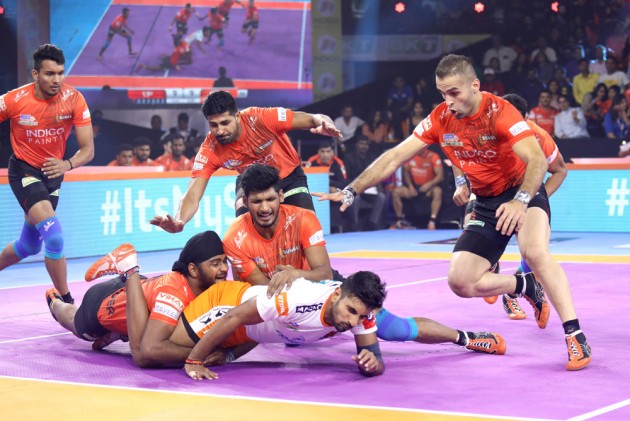 U Mumba opened their home campaign by defeating Puneri Paltan 33-23 in a Pro Kabaddi League match in Mumbai on July 27.

The two teams were locked at 2-2 before Shubham Shinde grabbed a point to take Pune 3-2 ahead.

Pune then put up a strong defence and sent two U Mumba raiders Dong Kong Lee and Sandeep Narwal packing to make it 5-2.

However, Mumba were back in the game as they picked up three points to level the scores at 5-5.

U Mumbai raider Abhishek Singh picked up a point in his raid, while defenders sent Pune's R Sriram out to make it 7-5, but Pune made it 7-7 again.

The first half was a closely fought one.

U Mumba surged 10-9 ahead and in the dying seconds of the opening half, Abhishek Singh picked up a point to make in his 'do or die' raid in Mumbai's favour as they went 11-9 into the break.

The second half began with Abhishek Singh taking a point in his raid and later U Mumba inflicted an 'all out' on the Pune team to surge 15-10 ahead.

The Mumbai side continued its dominance with successful raids and tackles to go 21-12 ahead.

Later, they inflicted the second 'all-out' on Pune to take control of the match at 27-17.

Pune were then playing the catch-up game, eventually ending up as the losing side.