Abhishek Singh and Fazel Attrachali put in excellent displays as U Mumbai defeated Telugu Titans in the inaugurale match of PKL (Pro-Kabaddi League) 2019. 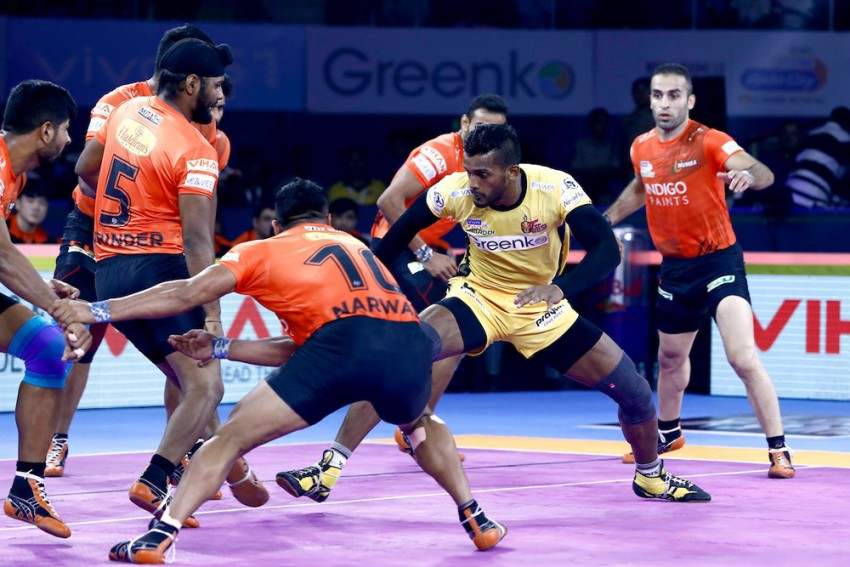 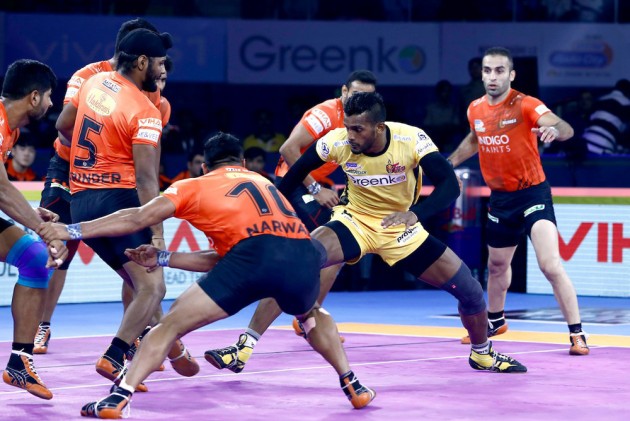 U Mumba beat Telugu Titans 30-25 in the inaugural match of the seventh edition of the Pro-Kabaddi League.

U Mumba’s defence put in a strong defensive performance to contain Titans’ star raider Siddharth Desai throughout the match.

It was an evenly matched contest in the first five minutes as both teams were tied at 3-3.

Rajnish and Athul MS opened their teams’ account with a raid point each in the first minute.

Rohit Balliyan made an excellent two-point raid in the 10th minute to give U Mumba 8-5 lead.

In the 13thminute, U Mumba inflicted the first all out of the match to lead 12-6. Telugu Titans were reeling under pressure as U Mumba’s defence tightened their grip on the match.

At the end of the first half, U Mumba led 17-10 and were looking comfortable.

Rajnish made a crucial do-or-die raid in the 22nd minute as Telugu Titans trailed 11-19.

Abhishek Singh was on a roll and didn’t get tackled at all in the first 30 minutes. U Mumba inflicted another all out in the 26th minute to lead 24-13.

With less than 10 minutes to go Telugu Titans got Siddharth “Bahubali” Desai back on the court but Sandeep Narwal put in a strong tackle to send him back to the bench. U Mumba led 25-15 in the 31st minute and looked on course for a win.

Siddharth Desai got his first point as he got a bonus in the 33rd minute but Titans still trailed by eight points.

Desai followed with another quick raid point in the next minute. It was the “Sultan” of defence, Attrachali who pounced on Desai again to send him back to the bench as U Mumba led 26-19 after 35 minutes.

Abhishek Singh made an excellent two-point raid to achieve his super 10 as U Mumba led 30-19. Telugu Titans made the first super tackle of the match in the 38th minute but still trailed 22-30. U Mumba didn’t let it affect their confidence and they romped to a 30-25 victory in the end.

This was a great win for U Mumba to start their campaign. U Mumba will start their home leg on July 27.