Playing Lot Of Cricket Affects Basics, But I Was Fully Prepared For IPL 2020: Kuldeep Yadav

Kuldeep Yadav said he didn't plan enough last time and having learned his lesson, the chinaman bowler was "100 percent sure of success" in IPL 2020 whose fate hangs in balance because of the COVID-19 pandemic 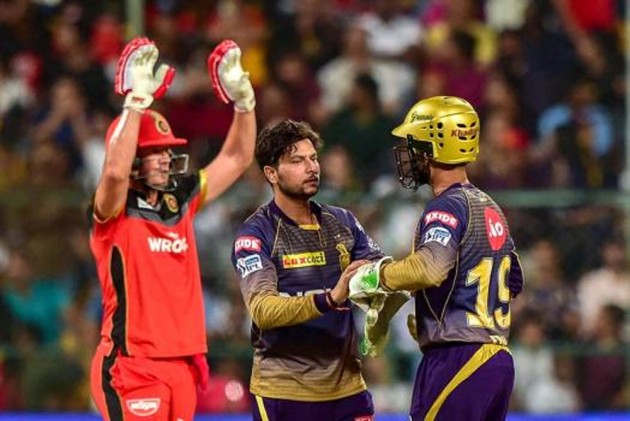 India spinner Kuldeep Yadav says he was "lacking in the basics" last season owing to playing one too many games, leading to an IPL that could have been better than how it turned out.

He said he didn't plan enough last time and having learned his lesson, the chinaman bowler was "100 percent sure of success" in IPL 2020 whose fate hangs in balance because of the COVID-19 pandemic.

"I was fully prepared for this IPL 2020 and I had planned a lot. I was 100 percent sure that this IPL would be a success," Kuldeep was quoted as saying in Kolkata Knight Riders website.

Asked about last season, Kuldeep spoke about why he struggled to get going.

"When I came into IPL, I didn't give myself enough time to train. The biggest learning from 2019 was that I did not plan for the season.

"There was a lot of cricket in 2019, especially international cricket. I joined the team just three days before the IPL started. So the planning wasn't good. The involvement wasn't good either. And that is very important," he said.

"I don't think the last IPL was all that bad for me. I bowled very well. But a leg-spinner's success is based on the number of wickets he picks. I didn't manage to pick many wickets, but my economy was good."

The lack of wickets dented his confidence, the spinner said.

"When you don't pick wickets your confidence drops a bit. Then there was a game where I went for a lot of runs. So my confidence level dropped," Kuldeep admitted.

"I was lacking in the basics. Playing a lot of cricket affects your basics.

"If you are in regular touch with your coach then your basics won't be affected."

He heaped praise on former KKR captain Gautam Gambhir and bowling consultant Wasim Akram, saying they had a "big influence" on his career in his early years at the Knight Riders.

"Gauti bhai (Gambhir) had a huge influence on me from the start of my stint at KKR. He always spoke to me a lot. Not only during the time he was at KKR, but even after that, over these last two years," Kuldeep said.

"He always kept me motivated. When you get that kind of confidence from your captain, it becomes a huge plus point for any player. It helps you remain confident, and that translates into good performances."

The chinaman bowler said former Pakistan captain Akram helped him more with the mental aspect of the game.

"Wasim sir used to like me a lot too. He didn't speak much about bowling, but he prepared me a lot in terms of mentally taking on the game.

"He prepared me to take on different situations in different ways, and taught me how to react when batsmen put you under pressure," said Kuldeep.

"When he was at KKR, I used to sit with him and pick his brain a lot. I used to sit next to him in the dugout during matches and ask questions about real-time situations."