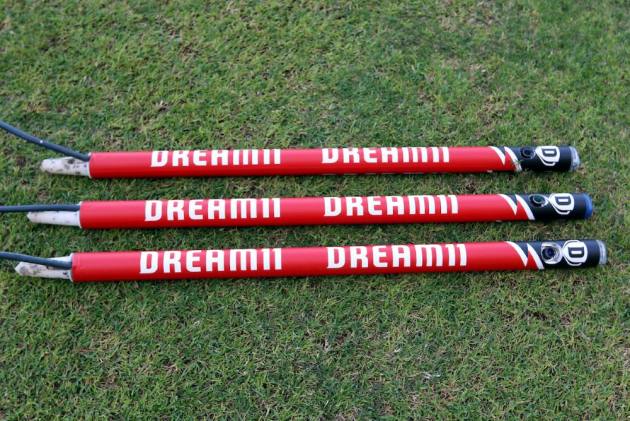 At a time when the online gaming industry is gripped by both hope and despair, a crucial Supreme Court hearing on Monday could decide the future of fantasy sports in India and provide a cue to top lawyers arguing relentlessly in favour of Real Money Gaming.

A Supreme Court Bench, led by Justice Rohinton Fali Nariman, Justice KM Joseph and Justice BR Gavai, will hear the "Avinash Mehrotra vs the State of Rajasthan" case that has been a thorn in the flesh for top fantasy cricket operator, Dream11.

Even as the debate between 'skill' and 'chance' have been raging for more than two years now, courts have maintained an ambivalent position when wagering and profit is involved in 'skill' games.

Mehrotra's lawyers have steadfastly wanted the Supreme Court to declare fantasy and RMG as gambling, but the likes of Dream11, online rummy and poker operators like Junglee and MPL, have been fighting tooth and nail in various courts without any luck.

Justice Nariman is well aware of the fantasy sports scenario. He had heard this great 'conflict' no less than three times and every time, Justice Nariman has contemptuously dismissed those wanting fantasy to be consigned to the realms of 'chance' and hence, in the purview of betting and gambling.

What adds context to Monday's hearing is Prime Minister Narendra Modi's observation on online games that add mental stress to the younger generation. Public responses to PM Modi's tweets have been largely against real money gaming and on products like PUBG that incite violence.

Industry related bodies like the All India Gaming Federation and the ESports Federation of India have been diplomatic and defensive. Associations like AIGF and ESFI, autonomous in nature, have functioned in silos and have not been able to unify the largely each-his-own operators.

"PM Modi has set the cat among the pigeons and he has surely taken note of what's going on across the country. This is the first time the PM has shown interest in this sector.

"He will surely stand a moral high ground and his recent speeches on Mann Ki Baat have urged the youth to abstain from drugs, alcohol, tobacco. Anything close to gambling will surely not find favour with the Prime Minister, who is against any form of addiction," said a industry source.

The Niti Aayog had shown some inclination last year to inject some order into a largely unregulated online gaming business. But it's approach seemed skewed towards fantasy sports.

We need to ban such gaming apps, especially those which promote gambling. https://t.co/Uo1lJltz0l


Most companies who operate in the RMG space objected to Niti Aayog's intentions of being partisan towards fantasy sports. Finally, Niti Aayog lost steam and the matter reached the PMO.

Top operators, with deep pockets, have tried to grab eyeballs (and subscribers) by hook or by crook. And helping them in their pursuit have been India's top celebrities, especially former Indian cricket captains.

Almost all companies broke standard ethics while advertising their products through commercials on TV and digital. They had to be disciplined by the I&B ministry. Even then, companies have found ways to lure all age-groups to play real money games.

MPL, a poker giant with massive interests in the fantasy space, dresses up India's cricket teams. Current captain Virat Kohli is an MPL brand ambassador. MPL are looking for an image makeover and has associated itself with the Indian Olympic Association.

Since April 24, 2019, ever since Gurdeep Singh Sachar filed a PIL in Bombay High Court alleging that Dream11 is involved in GST evasion by not paying tax on entry fees and face value of bets and is running games of chance/gambling, the matter has never been heard at length and with conviction.

Several applications in 2020 asking for a review of the April 30 order by Bombay High Court drew a blank. Judges have resolutely refused to probe Dream11's nature of business and the operator has only grown popular by leveraging its association with Indian cricket and live events like an IPL.

Significantly on January 31, 2020, a Supreme Court bench headed by Justice Nariman, dismissed Sachar's miscellaneous application filed on January 24, saying the only scope to review before Bombay High Court is with respect to GST and not to revisit the issue of gambling involved in fantasy cricket.

However on March 6, 2020, a Special Leave Petition filed by the Maharashtra government on Dream 11's tax evasion, for the first time, was not listed in Justice Nariman's court. The matter was adjudicated by a three-judge Bench comprising Chief Justice SA Bobde, Justice Gavai and Justice Surya Kant.

Unimpressed with the Bombay High Court's order of April 30, 2019, Justice Gavai said: "What kind of order is this?" The Bench stayed the Bombay HC order and issued notice. For the first time, the scope of a proper debate became a possibility, but a hearing listed on March 26 was adjourned and never came up again.

Justice Bobde has since retired and the "Avinash Mehrotra vs the State of Rajasthan" case has landed in Justice Nariman's court. It is a matter in appeal from Rajasthan High Court's judgment in favour of Dream11. That verdict was virtually a cut and paste of the Bombay High Court order.

Interestingly, even during pandemic times, the court registrar has listed the Dream11 case important enough to be heard on Day 1 of the Supreme Court reopening after the summer vacation!

With the PM against games that create mental stress, public sentiment not in favour of betting activities that lead to suicides and several state governments banning online gaming for being socially 'evil', it remains to be seen how Messrs Nariman, Gavai and Joseph handle a matter that could become a gamechanger for the online gaming industry.