Dhanda finished undefeated in the round-robin format of the competition which included a win over her compatriot Sarita Mor, while Malik lost to Henna Johansson of Sweden in the 65kg final 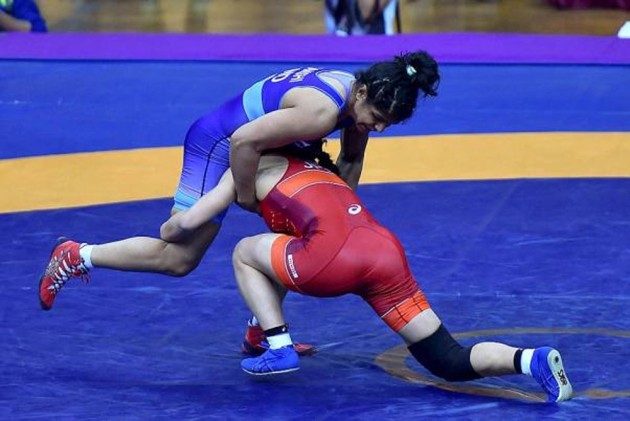 Pooja Dhanda claimed gold in the 59kg category while Rio Olympic bronze medallist Sakshi Malik settled for a silver medal in the 65kg category at the Dan Kolov-Nikola Petrov wrestling in Ruse, Bulgaria.

In the men's freestyle, Sandeep Tomar lost his final bout in the 61kg category to finish with silver on Friday night.

Vinesh Phogat moved into the semifinals of the women's 53kg with a 9-4 win over American Amy Fearnside on Saturday, setting up a last-four clash with world championship silver medallist Sarah Hildebrandt of USA, who beat Leorda 10-4.

With Dhanda and Malik's podium finishes, India had four medals in their kitty.

Dhanda finished undefeated in the round-robin format of the competition which included a win over her compatriot Sarita Mor, while Malik lost to Henna Johansson of Sweden in the 65kg final.

In the men's 61 kg final, Tomar suffered a defeat at the hands of Nurislam Sanayev of Kazakhstan.