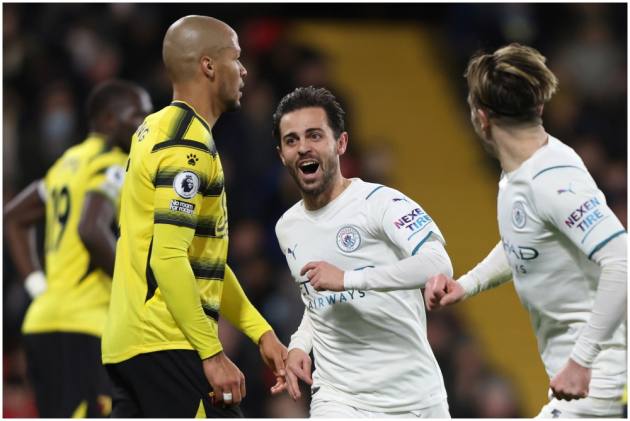 Defending champion Manchester City is on top of the English Premier League 2021-22 for the first time this season. And if Pep Guardiola's team keeps playing like this, it could be difficult to knock City off its perch — even in a tight title race that saw three different teams lead the standings during Saturday. (More Football News)

On a day when previous leader Chelsea faltered, City displayed total dominance in a 3-1 win at Watford that showed off the kind of fluid passing game that helped Guardiola's team win three of the last four league titles.

Bernardo Silva scored twice after Raheem Sterling's early opener as City proved once again that it can do perfectly fine without a recognized striker in the lineup. It was a fifth straight league win for City, which is one point ahead of Liverpool and two in front of Chelsea after 15 rounds.

“It's always better to be top of the league than second, third or fourth, but it's still early,” Silva said. West Ham shook up the title race by beating Chelsea 3-2 at home in the early game, and Liverpool then needed an injury-time goal from Divock Origi to earn a 1-0 victory at Wolverhampton that put Jurgen Klopp's team on top for a few hours.

City, though, was in front from the start in the late kickoff. Sterling scored the opener in the fourth minute as City capitalized on a loose pass and Phil Foden crossed into the center for Sterling to head home unmarked. Silva then doubled the lead in the 31st by weaving past two defenders before slotting the ball past goalkeeper Daniel Bachmann.

City completely dominated the first half, with 81% possession, and could have added more goals before Silva got the third with a clever curled effort into the top corner in the 63rd. Watford pulled one back through Cucho Hernandez, who followed up his own shot after it rebounded off a post, to deny Pep Guardiola's side a ninth clean sheet of the season.

West Ham is proving quite the stumbling block for England's top teams. David Moyes' team had already handed Liverpool its only loss of the league, beaten Tottenham, and knocked both Manchester clubs out of the League Cup. This win underlined the Hammers' own top-four credentials, even though it required a fluke late goal to complete the comeback.

Arthur Masuaku swung a speculative 87th-minute cross in from the left-wing which veered toward goal and caught Chelsea goalkeeper Edouard Mendy by surprise. Mendy dove to keep the ball out but managed to push it only inside his near post.

Chelsea led twice through Thiago Silva's header and a sublime volley from Mason Mount, but West Ham came back both times with a penalty from Manuel Lanzini and Jarrod Bowen's low shot from the edge of the area.

Mendy was at fault for the penalty conceded as well, and manager Thomas Tuchel knows his team can't afford many more slip-ups after dropping five points in their last three games, following a 1-1 draw with Manchester United last weekend.

“It is tough to play here but we made too many individual mistakes. We did against Man United and against Watford and got punished,” Tuchel said. “If you want to have results at this level you have to minimise the mistakes.” 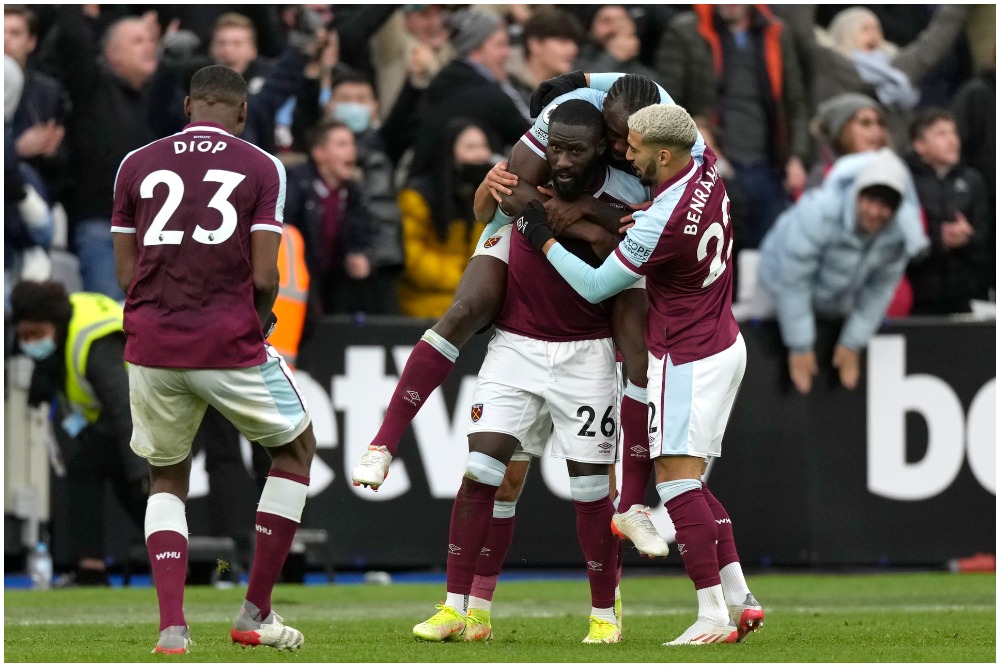 Liverpool's high-flying attack looked like it would finally be kept in check by a stubborn Wolves side. Then Origi delivered yet another crucial late goal. Mo Salah cut the ball back for the substitute in the fourth minute of injury time, and Origi swiveled before slotting the ball past goalkeeper Jose Sa.

Liverpool hasn't failed to score in the league since March and had netted four goals in each of its last three games. But the Reds struggled to make the most of their pressure against a resolute Wolves, with Salah, Sadio Mane and Thiago Alcantara also missing chances as they pressed for a winner.

Origi keeps coming up big at crucial moments, though. The forward rarely gets a start under Klopp but added to a list of late scores that also includes the 96th-minute winner in the 2018 Merseyside derby and the goal that settled the 2019 Champions League final against Tottenham.

Newcastle finally has a win in the Premier League, 15 games into the season. Callum Wilson scored late in the first half and Newcastle held on to beat Burnley 1-0 in a game between relegation strugglers. Wilson scored in the 40th minute after Burnley goalkeeper Nike Pope couldn't control Joe Willock's cross.

The win was also the first by Newcastle under new manager Eddie Howe, who was hired last month to replace the fired Steve Bruce. Burnley had been unbeaten in five games but could muster only one shot on target at St. James' Park.

Neal Maupay's goal in the eighth minute of injury time rescued a 1-1 draw for Brighton at Southampton. Maupay reacted quickest to tap in from close range after Jakub Moder's free kick, to deny Ralph Hasenhuttl a win on his three-year anniversary as Southampton manager. Armando Broja's smart finish put Southampton ahead in the 29th.