In the last week till Sunday, 42 found positive for Covid-19 after 3,805 Premier League players and club staff were tested. Manchester United were hit by the deadly virus too after winning at Norwich City on Saturday. 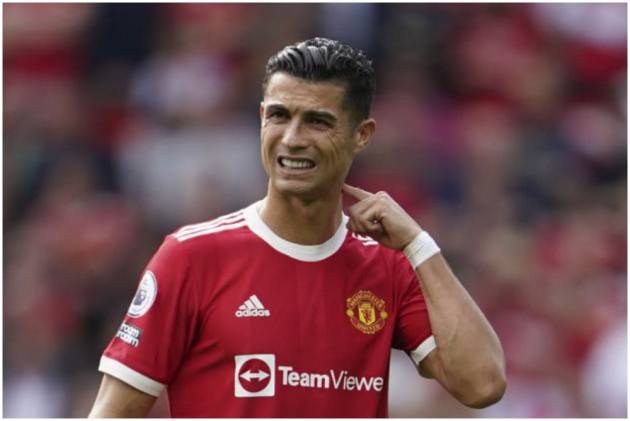 The English Premier League reported its highest weekly coronavirus infections as Manchester United’s meeting with Brentford became the second match in three days to be postponed due to outbreaks. (More Football News)

There were 42 cases of Covid-19 in the week to Sunday after 3,805 players and club staff were tested, a jump on the 12 cases in the previous seven days of testing.

Some Manchester United players and staff returned positive tests following the 1-0 win over Norwich City on Saturday evening. The Premier League board accepted United’s request to postpone Tuesday’s scheduled match at Brentford in London less than 24 hours before kickoff.

“The decision was taken following guidance from medical advisers due to the exceptional circumstances of an ongoing Covid-19 outbreak within Manchester United's squad,” the Premier League said in a statement late Monday.

“First team operations at the club’s Carrington Training Complex were closed down today to help control the outbreak and minimize risk of further infection among players and staff. The league wishes a quick recovery to those players and staff with Covid-19.”

The first game to be called off this season due to coronavirus cases was Tottenham Hotspur’s trip to Brighton last Sunday due to at least eight players at the north London club contracting Covid-19. Norwich and Aston Villa have also reported coronavirus cases at their clubs.

They come amid growing concerns in Britain about the spread of the omicron variant, which has led to the reintroduction of some coronavirus restrictions.

The Premier League has emulated national regulations by asking for face masks to be worn again around clubs, while going further than the government by reintroducing social distancing. The frequency of testing on players and staff will also increase.

“The safety of everybody is a priority and the Premier League is taking all precautionary steps in light of the recent rise in Covid-19 cases across the country,” the competition said in a statement. “We will continue to work closely with the government, local authorities and supporter groups, while being responsive to any future changes to national or local guidance.”

The government's appeal for people to get booster vaccines against the coronavirus was backed on Monday by Manchester City manager Pep Guardiola, who urged his staff and players to get jabbed. “The doctors suggest that they have to do it,” Guardiola said.

“Most of us have (had) it already. The players, for their age, the moment they have to do it, everybody is going to decide and they are going to do it.” The league last provided details on vaccinations in October when it said only 68 per cent of players had been jabbed twice and 81 per cent had received at least one dose.

The Premier League has avoided a shutdown since the 100-day pause in the season from the start of the pandemic in March 2020. The 40 positive cases at the turn of 2021 was the previous highest number of infections at Premier League clubs in a week since testing started to be announced in May 2020.