The victory moves Arsenal to within three points of Chelsea in third before the West London club’s fixture at Aston Villa later but still 12 points back of league leaders Manchester City. 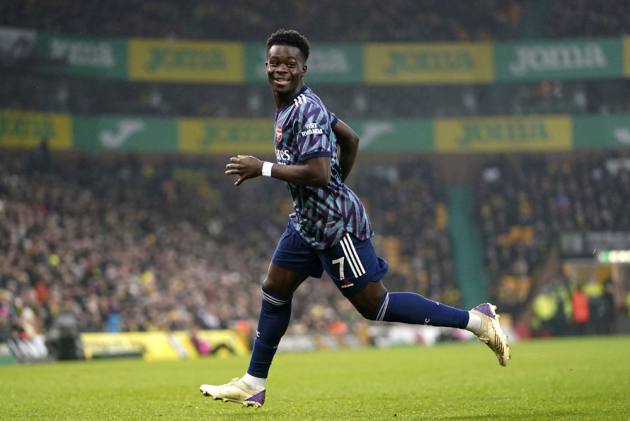 A brace from Bukayo Saka helped Arsenal solidify its position among the top four in the Premier League with a 5-0 victory over bottom-of-the-table Norwich City at Carrow Road on Sunday. (More Football News)

The victory moves Arsenal to within three points of Chelsea in third before the West London club’s fixture at Aston Villa later but still 12 points back of league leaders Manchester City.

Saka opened the scoring for the visitors in the sixth minute when he slotted home a pass from Martin Odegaard, who was once again the creator for Arsenal’s second when he set up defender Kieran Tierney from close range.

Saka added his second in the 67th, Alexandre Lacazette converted his own penalty in the 84th and substitute Emile Smith Rowe completed the rout in the first minute of injury time.