Diogo Jota ensured Liverpool got back on track, but substitute Edinson Cavani could not help Manchester United against Chelsea 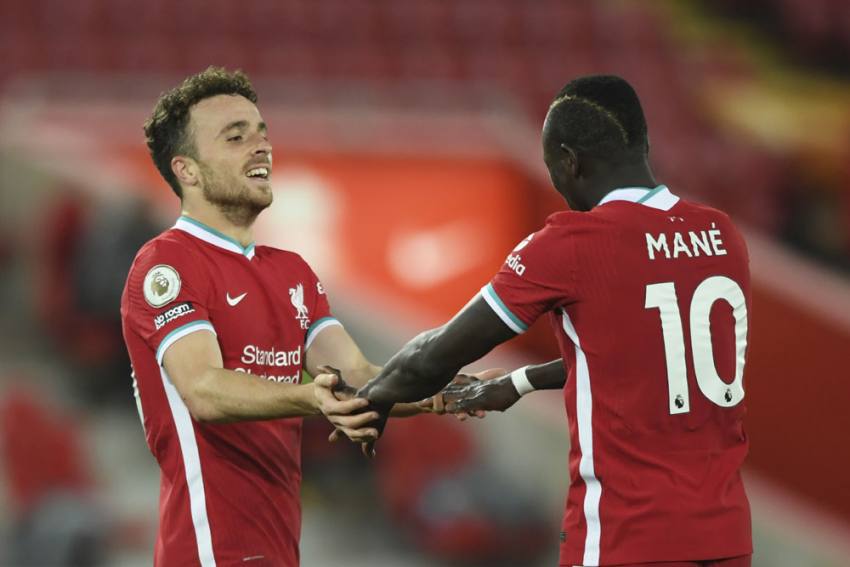 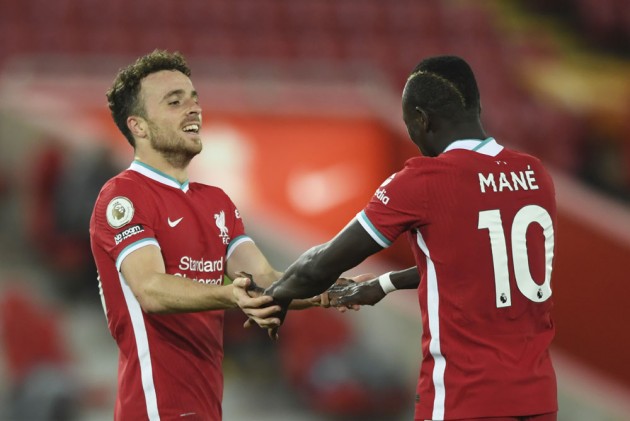 After two Premier League games without a victory, champions Liverpool returned to winning ways on Saturday courtesy of a 2-1 triumph against Sheffield United. (More Football News)

Debutant Edinson Cavani, meanwhile, could do little to help Manchester United correct their wayward home from as they played out a 0-0 draw with Chelsea at Old Trafford.

West Ham maintained their recent strong form to hold Manchester City to a 1-1 draw in London, while Fulham's dreadful start to the new campaign continued with a 2-1 defeat to Crystal Palace.

Liverpool extended their unbeaten run at Anfield to 62 games in the Premier League with a hard-fought win over Sheffield United but they did not have it all their own way against Chris Wilder's spirited side.

Sander Berge's early penalty means the Premier League champions have conceded 14 goals in their first six games this season; it took them 15 games to ship the same amount last season.

Diogo Jota sealed the win with the second half's only shot on target, making him the first player to score in each of his first two Premier League home games for Liverpool since Sadio Mane in September 2016.

He was teed up by Mane for his 64th-minute header, which took the Senegal international to five goal involvements (four goals, one assist) in his past four Premier League games. That is more than he achieved in his previous 10 games in the competition (four goals).

Defeat for Sheffield United, meanwhile, means they are winless in nine Premier League games – the longest current run of any side in the competition.

They secured a memorable Champions League win over Paris Saint-Germain in midweek but Ole Gunnar Solskjaer could not resolve his side's patchy Premier League form against Chelsea at Old Trafford.

Following defeats to Crystal Palace and Tottenham, the dour draw against Frank Lampard's side means the Red Devils have now failed to win any of their first three home games of a league campaign for the first time since the 1972-73 season.

0 – Man Utd have failed to win their opening three home league games to a season for the first time since 1972-73. Blunted. #MUNCHE pic.twitter.com/l2pa9nG6XP

United also failed to win either of their final two home games last season, which means they are on their longest run without a league victory at Old Trafford since February 1990 when they went six games without tasting success.

That save means Mendy is the first Chelsea goalkeeper to keep a clean sheet in both of his first two Premier League games for the club since Petr Cech in August 2004, while he became their first shot-stopper to keep a top-flight clean sheet at Old Trafford since Thibaut Courtois in December 2015.

One bright spot for United was the late introduction of Edinson Cavani, who joined on a free transfer earlier this month. The 33-year-old Uruguayan's appearance meant he became United's oldest Premier League debutant since Zlatan Ibrahimovic in August 2016.

Manchester City's indifferent start to the season continued in a 1-1 draw at West Ham in the early game, increasing their points total to just eight after five matches – their lowest since managing the same tally in 2014-15.

A point on the road

West Ham, who have now lost just two of their past 10 league matches, were on course for victory after Michail Antonio's spectacular opener.

The winger-turned-forward has 11 goals since June – second only to Harry Kane in the Premier League – and continued his record of netting each of his top-flight strikes from inside the box. He now has 39, with only City's Gabriel Jesus (42) scoring more while never notching from outside the area of current players.

City had to turn to Phil Foden to rescue a point, the substitute scoring and continuing his record of never having lost after netting in all competitions for City, although this was his first draw in 16 such matches.

It was enough to ensure Pep Guardiola still has not lost to West Ham in 10 games – this was also his first draw. He has only faced Athletic Bilbao (14 games) and Burnley (11) more often without losing.

Meanwhile, David Moyes earned a first Premier League point against City since March 2013, prior to his appointment as Manchester United manager.

Fulham are enduring their worst ever start to a top-flight season after they failed to add to their single point so far in their sixth game of the campaign, a 2-1 defeat at home to Crystal Palace.

Palace's victory was their third in a row against Fulham in the league - their best run since 1930 – and the points were secured by Jairo Riedewald, netting his first Premier League goal in his 33rd game, and Wilfried Zaha, who has five in his past six – as many as in his previous 41 combined.

Zaha has now been directly involved in 65 Premier League goals for Palace (41 goals, 24 assists), over twice as many as the next best tally (32 for both James McArthur and Jason Puncheon), and his effort made Tom Cairney's stoppage-time strike a mere consolation.

Of managers to oversee at least 15 Premier League games, only Jan Siewert (80 per cent) and Brian Laws (78 per cent) have lost a higher percentage of their games than Fulham boss Scott Parker, who has lost 75 per cent of the 16 games he has taken charge of.