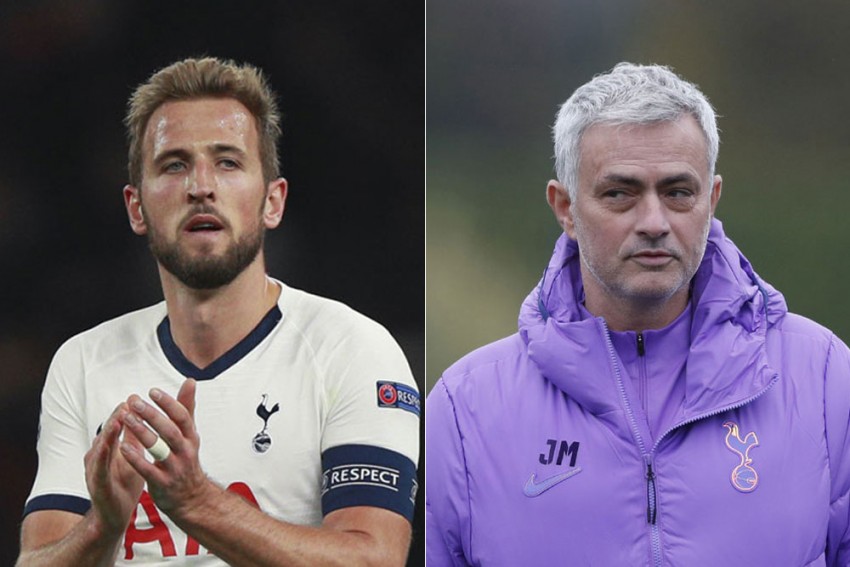 Tottenham responded to Chelsea's victory on Saturday by claiming north London bragging rights with a 2-0 win over Arsenal.

Champions Liverpool soon joined Spurs on 24 points at the top as Mohamed Salah inspired an emphatic defeat of Wolves at Anfield.

Jamie Vardy gave Leicester City a late, late win at Sheffield United, while Roy Hodgson returned to West Brom to deliver a crushing defeat after Matheus Pereira was sent off.

Here is the pick of the Opta facts from another enthralling Sunday in the Premier League.

Palace scored five goals in a top-flight away game for the first time in their history as they thrashed struggling West Brom.

It was the most goals the Eagles have scored away from home since they hit five at Watford in the Championship way back in January 2004, when Hodgson's time in charge of the United Arab Emirates was just coming to an end.

Hodgson has now won 11 Premier League matches against teams he used to manage, which puts him level with Harry Redknapp and Sam Allardyce at the top of that particular pile.

Of course, the match swung in Palace's favour when Pereira became the 12th player to be shown a straight red card in the Premier League this season. The Baggies will have feared the worst: they have lost 21 of the 31 Premier League games they have played in which they have had a player sent off, the highest percentage (68 per cent) among the 18 teams to have a player dismissed in at least 30 matches.

27 - Since the start of the 2012/13 season, only Olivier Giroud (31) has more headed Premier League goals than Christian Benteke (27). Nod. pic.twitter.com/yD6kvmButc

Sheffield United were moments from winning just a second point of the season until Vardy struck late at Bramall Lane.

The striker became just the third player to score in five consecutive Premier League games in Yorkshire, following in the footsteps of Wayne Rooney (2002-2013) and Harry Kane (2014-2020). He even shattered a corner flag in his celebration, just to rub salt into the wound.

James Maddison set up Vardy's winner to end a wait of 363 days for a Premier League assist, although that barren run was not for the want of trying: he has created 56 goalscoring chances in that time, including three against the Blades.

As for Chris Wilder's men, they are only the ninth different team in English league history to lose 10 or more of their first 11 games in a season, and the first in the top flight since Newcastle United in 1977-78. Leicester also condemned them to their 10th defeat last term - although that was on matchday 36.

5 – Jamie Vardy has become only the third player to score in five consecutive Premier League away games in Yorkshire, after Wayne Rooney (2002-2013) and Harry Kane (2014-2020). Eeh-bah-gum. pic.twitter.com/9xPCTbScLx

Jose Mourinho loves playing Arsenal - he has gone 11 home games in all competitions without losing to the Gunners. Mikel Arteta does not seem to enjoy this fixture, though: he is just the second Arsenal boss to lose his first two north London derbies, after Bertie Mee in 1966-67.

This encounter was vintage Mourinho. For the 11th time in a Premier League match, his team had 35 per cent or less of the possession, but this was the ninth of those games he has won. That is in part down to the brilliance of Harry Kane - who now has 250 career goals and a record 11 in this fixture - and Son Heung-min.

Spurs ended the weekend top of the table, but Arsenal are 15th, with just 13 points from their opening 11 games. That is their lowest return at this stage of a top-flight season since they mustered 12 by this point in 1981-82.

Liverpool's resounding defeat of Wolves took them to 31 wins from 32 home league games, in which time they have scored 93 goals and conceded only 25.

Impressively, the champions have now kept six clean sheets in the 11 games Virgil van Dijk has missed through injury this season, as 22-year-old Caoimhin Kelleher became the youngest Reds goalkeeper to record a shutout when making a first Premier League start.

Salah broke the deadlock to move onto 52 league goals at Anfield since he arrived from Roma in 2017. The only players in Europe's top-five leagues with better single-venue numbers in that time are Barcelona's Lionel Messi (63 at Camp Nou) and Bayern Munich's Robert Lewandowski (59 at the Allianz Arena).

Salah's goal was gifted to him by a poor chest touch from Conor Coady. The Wolves captain has only made three errors leading to goals in 87 Premier League appearances, and two of those have come on Merseyside.

17 - Today is the 17th time Mo Salah has both scored and assisted a goal in the same Premier League game for Liverpool; since 2017-18, this is five more times than any other player (Son Heung-min, 12). Force. pic.twitter.com/5Al05BiK4J