European places are at stake on the last day of the English Premier League 2020-21 season. Here's how to watch all ten matches 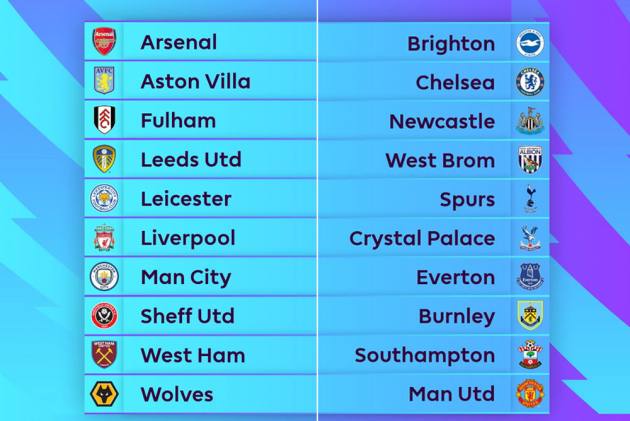 Manchester City have already won the English Premier League, and their not so noisy neighbours, United are certain to finish second. But the final two Champions League places from England are up for grabs on the final day of the 2020-21 season. (More Football News)

Chelsea will be sure of joining Manchester rivals City and United in the competition, if they win, and a victory for defending champions Liverpool will also almost certainly be rewarded with a Champions League spot. But nothing is for granted. Chelsea are at Aston Villa and Liverpool host Crystal Palace.

Fifth-place Leicester are also in the top-four mix, and realistically need to beat Tottenham and hope either Chelsea or Liverpool lose.

Brendan Rodgers’ Foxes were in the top four for most of the last season before missing out on the final day and a repeat looms after dropping out of the qualification places by losing at Chelsea on the penultimate matchday.

Spurs are in seventh place and hold the spot that earns a place in the new third-tier Europa Conference League but they could be overtaken by north London rivals Arsenal, who are a point behind going into the game against Brighton.

All the relegation places have already been sealed with Sheffield United, Fulham and West Bromwich going down.

For individual honours, Harry Kane of Tottenham and Mohamed Salah of Liverpool are on 20 goals each, with Manchester United's Bruno Fernandes on 18. Kane also leads the assists column with 13, one more than Fernandes. Manchester City's Kevin De Bruyne is third with 11.