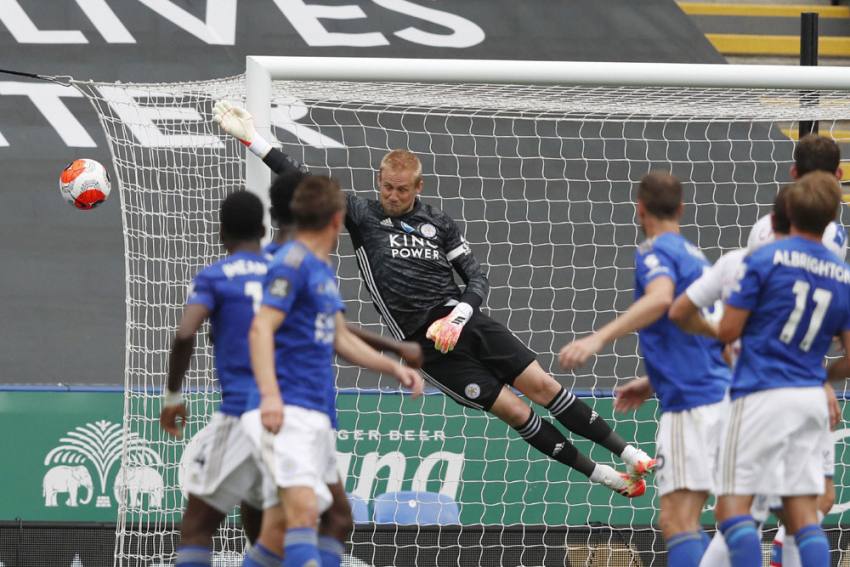 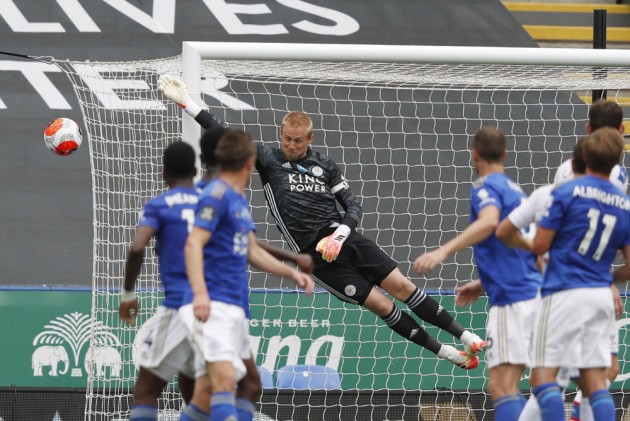 Kelechi Iheanacho's close-range finish from Youri Tielemans' low 49th-minute cross set the Foxes on course for a 3-0 win and a costly slip by Mamadou Sakho allowed Harvey Barnes to tee up Vardy for his 100th Premier League goal.

The former England striker then streamed clear in stoppage time to dink past Vicente Guaita and Brendan Rodgers' side remain three points ahead of United, who are up to fourth – at least temporarily – after dismantling Bournemouth 5-2.

The relegation-threatened visitors hit the front at Old Trafford through Junior Stanislas, who cheekily nutmegged Harry Maguire before beating David De Gea at his near post.

But teenage forward Greenwood then took centre stage, blasting into the top corner to equalise.

He finished with similar venom after half-time, the 18-year-old's 15th in all competitions this term making it 4-2 after Marcus Rashford converted from the penalty spot and Anthony Martial spectacularly found the top corner.

Another penalty by Joshua King - Eric Bailly the handball offender as Adam Smith was before him – briefly gave Bournemouth hope early in the second half, although that had dissipated by the time Bruno Fernandes crashed in a 59th-minute free-kick from the edge of the area.

5 - Manchester United have scored five goals at Old Trafford in the Premier League for the first time since December 2011 vs Wigan (5-0) - they last scored more there in their 8-2 victory over Arsenal four months prior. Best. pic.twitter.com/uJIXb5EIUV

Wolves and Chelsea must now offer their response, with the Blues knowing a win over Watford in Saturday's late kick-off will put them back above United.

Nuno Espirito Santos' Wolves face Arsenal before that in a crunch clash at Molineux, where three points would pull them level with the Red Devils.

Watford head to Stamford Bridge in 17th and a point better off than second-bottom Bournemouth, although the relegation picture became grimly clearer for Norwich City.

Brighton and Hove Albion's Leandro Trossard scored the only goal at Carrow Road, moving the Seagulls nine points clear of the drop zone and leaving Norwich seven from safety with five matches to play.