Manchester United spurned the chance to go top of the Premier League as Paul Pogba missed a penalty in a 1-1 draw at Wolves. 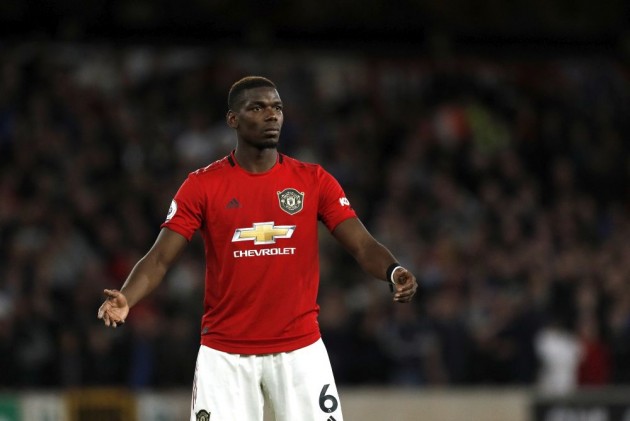 Paul Pogba had a penalty saved by Rui Patricio as Manchester United could only draw 1-1 at Wolves in the Premier League on Monday (August 19).

Anthony Martial's 50th United goal opened the scoring in the 27th minute, the France forward reaching the milestone by converting the first shot of the game. (FOOTBALL NEWS)

Wolves levelled in the 55th minute with a goal that survived lengthy VAR checks for offside, Ruben Neves smashing home a 20-yard drive after a clever set-piece routine.

Pogba had the best chance to take all three points but saw his spot-kick kept out by Patricio, with United unable to make amends for two defeats at Molineux last term.

Daniel James was booked for his second dive in the 24th minute as both sides, preferring to play on the break, felt their way into the match.

United broke the deadlock soon after, patient possession on the left leading to Marcus Rashford sliding a pass through for his strike partner, with Martial lashing home a first-time finish.

Wolves hit back after the break though, the half-time introduction of Adama Traore giving United a fresh problem to handle, with a glancing Raul Jimenez header hitting the inside of the post.

The equaliser came moments later. A short corner was well worked by Joao Moutinho to Neves, lurking with intent on the edge of the penalty area, and he crashed a trademark strike in off the underside of the crossbar.

United should have retaken the lead in the 68th minute but Pogba, having won a penalty for Conor Coady's clumsy challenge, failed to beat Patricio from the penalty spot.

A stretched finale saw chances at both ends, with Luke Shaw denied at the death as neither side could find a late winner.