Manchester United kept the pressure on, but Chelsea and Leicester City also won on a busy Saturday in the top flight. 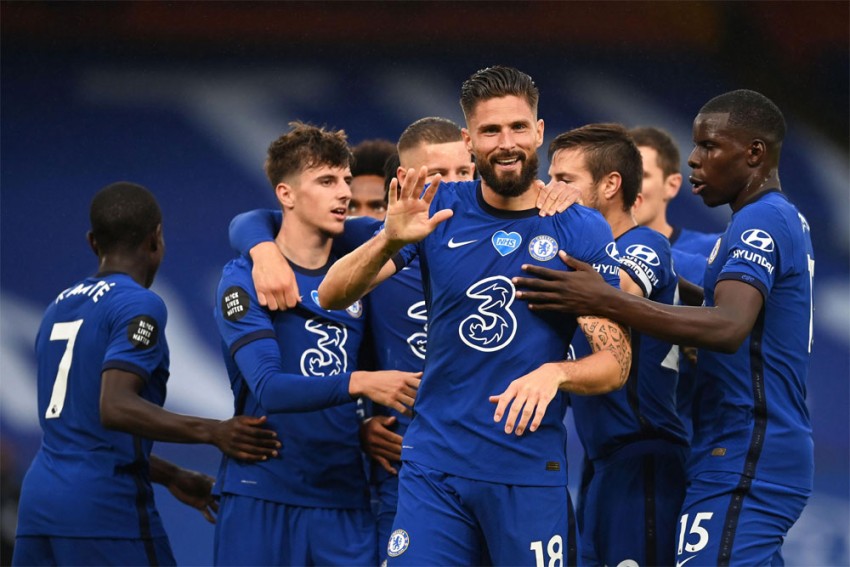 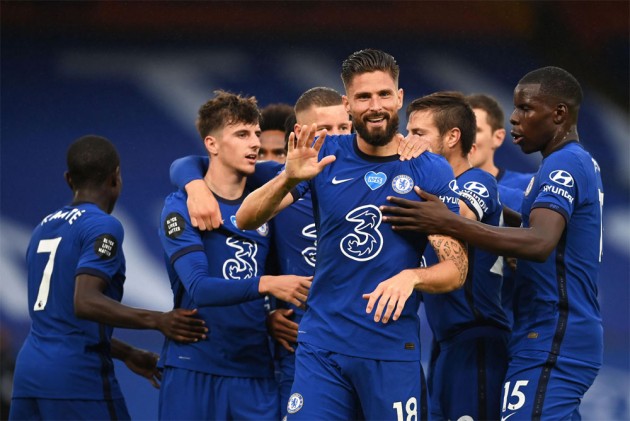 Chelsea cruised to victory over Watford, moving them back above Manchester United, while Leicester City boosted their bid for a Champions League spot. (More Football News)

The in-form Mason Greenwood struck twice as United thumped Bournemouth 5-2 at Old Trafford to briefly rise into fourth place in the Premier League, but Chelsea later responded to a midweek loss at West Ham to leapfrog the Red Devils.

Leicester are a point better off than Chelsea in third after they ran out 3-0 winners over Crystal Palace, Jamie Vardy reaching the 100 Premier League goals landmark with a late double.

Arsenal dealt a huge blow to Wolves' top-four hopes with a 2-0 win at Molineux, while Norwich City looked doomed to relegation after they lost 1-0 at home to Brighton and Hove Albion.

Brazilian Willian again showed why Frank Lampard is so keen to keep him, scoring his sixth goal in his last seven games as he converted from the penalty spot against Watford at Stamford Bridge.

Olivier Giroud, preferred to Tammy Abraham, opened the scoring before Willian struck late in the first half. Ross Barkley rifled home his first Premier League goal since October 2018 in stoppage time to round out a comfortable 3-0 triumph.

Chelsea had too much quality for relegation-threatened opponents a year to the day since Lampard was appointed, Christian Pulisic again catching the eye with another dazzling display.

United stretched their unbeaten run to 16 matches in all competitions by putting beleaguered Bournemouth to the sword.

Teenager Greenwood gave another demonstration of his quality with a goal in each half, with Marcus Rashford, Anthony Martial and Bruno Fernandes also findingthe net after Junior Stanislas had given the Cherries a shock lead.

Meanwhile, goals from Bukayo Saka and Alexandre Lacazette gave Arsenal a win at Wolves that moved them into seventh place, three points behind their opponents.

Foxes get back on track, time running out for Canaries

Former England striker Vardy scored his first goals since the season restarted as Leicester got back on track following a run of four games without a win.

Brendan Rodgers' side were looking over their shoulders after losing at Everton in midweek, but Kelechi Iheanacho put them on their way to a home victory over Palace before Vardy took centre stage.

In the early kick-off, Brighton eased their relegation fears and pushed bottom side Norwich closer to an immediate return to the Championship, Leandro Trossard scoring the only goal at Carrow Road.