The Indian Men’s Hockey Team will face Malaysia in their opening match, while the Women’s team face Japan in their Olympic Test Event campaigns. 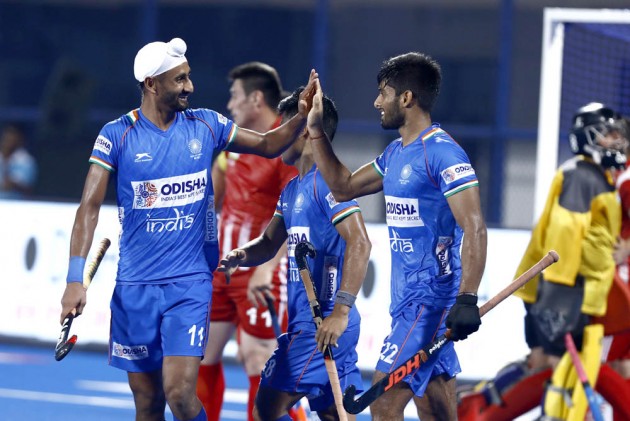 After booking berths in the FIH Olympic Qualifiers, the Indian hockey teams will begin their Olympic Test Even campaigns in Tokyo's Oi Hockey Stadium on August 17. The men's team is currently ranked world no. 5. They will face world no. 12 Malaysia in their opening encounter. The women's team are ranked 10th and will face 14th-ranked Japan.

Part of their preparations for the FIH Olympic Qualifiers, the Indian teams will face good competition at the Olympic Test Event, with the Men’s team facing World No. 12 Malaysia on Saturday, and then playing World No. 8 New Zealand on Sunday, and World No. 16 Japan in their last round-robin match.

The top-ranked team in the event, India men's team will be hoping for good results under captain Harmanpreet Singh. India will face Malaysia, who they last played at the Sultan Azlan Shah Cup 2019 where India won 4-2. The Indians have a formidable record against the world no. 12 side as in the last 10 meetings between the two Asian rivals, India have won six matches, with Malaysia only managing three wins.

The women's team will be up against tougher opponents as they face World No. 2 Australia, World No. 11 China and World No. 14 Japan. They will start their campaign on Saturday against hosts Japan, whom they beat 3-1 in the final match of the FIH Series Finals Hiroshima 2019. The last 10 meetings between the two teams have seen good competition as Japan has managed four wins, while India has won three, with three matches ending in draws.

Chief Coach of the Indian Women’s Team, Sjoerd Marijne, spoke ahead of the match, “We are looking forward to starting well at the Olympic Test Event. This is a great opportunity for us to play against other strong teams, and it will give us the chance to see where we need to improve ahead of the crucial FIH Olympic Qualifiers later this year.”