Prithvi Shaw: My Only Option Was To Rectify Mistakes And Comeback Stronger

After a disastrous Adelaide Test, Prithvi Shaw was benched for the next three and then dropped from the national team for the England series 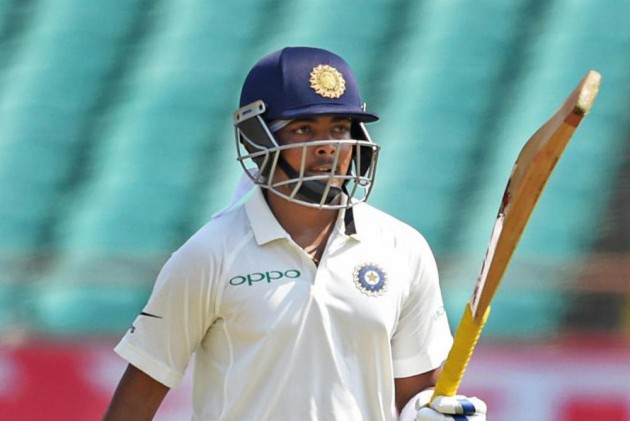 He had no option but to go back to the drawing board, rectify his mistakes and come back stronger like never before which Mumbai captain Prithvi Shaw did with aplomb after being dropped from the Indian team. (More Cricket News)

The former India U-19 captain after a disastrous Adelaide Test was benched for the next three and then dropped from the national team for the England series.

However, it did wonders for the right-hander, who created a national record in Mumbai's Vijay Hazare triumph, ending with 827 runs in the tournament.

"It was a bit difficult but you know, my only thing was go-back and work hard, just those small mistakes, what was happening in Australia, just to fill those blanks and come back stronger..," Shaw said at the post match presentation when asked how did he come back strong after the Australia tour.

With a pronounced back-lift and the bat coming down at an angle from gully, made Shaw a candidate for bowled and leg before to deliveries coming in. However nothing of that sort has been visible in the Hazare Trophy where he smashed four tons including a record double hundred against Puducherry.

Did captaincy help his batting?

"I (have been) doing captaincy from a very young age, so I have done U-14, U-16 and U-19. I have done India-A as well. I really enjoy captaining the side and you know focused every ball, so I just love doing this and it affects my batting as well, so I am more focused," said Shaw, who now also holds the record for highest individual score in Hazare Trophy and highest score by an Indian in List A chase.

He lavished praise on experienced Aditya Tare, who scored an unbeaten 118 and helped Mumbai lift the title as the domestic giants made mockery of the 313-run chase.

"He (Tare) batted so well today. It needed so much in the (match) situation. It could have gone any other way. He batted brilliantly and got his hundred, so everyone was happy definitely because finishing the game it’s not easy and he played superbly," added Shaw, who hails from Virar.

He also credited his team members and support staff for the victory.