Around 5,000 fans saw Paris Saint-Germain beat Le Havre in a friendly, with fans allowed into stadiums for the first time since early March. 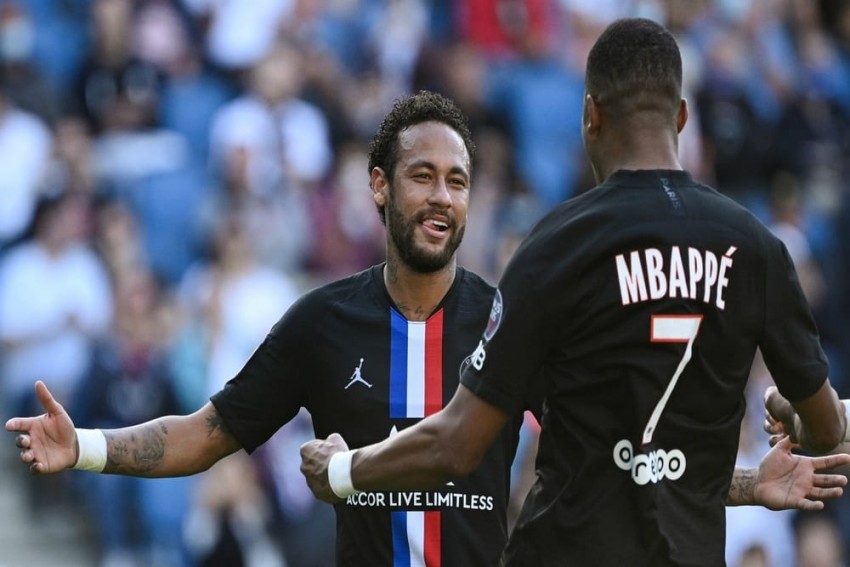 The occasion was described as "a victory for French football" by sports minister Roxana Maracineanu, who was among the crowd of close to 5,000 at Le Havre's Stade Oceane.
Getty Images
Omnisport July 13, 2020 00:00 IST PSG Thrash Le Havre 9-0 As Neymar And Mbappe Dazzle 5,000-Strong Crowd 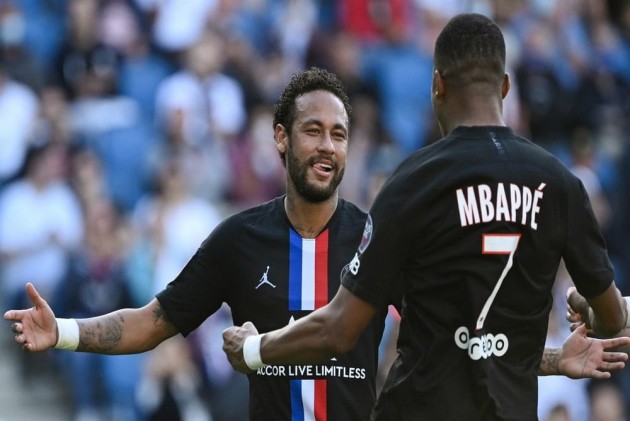 Paris Saint-Germain crushed Le Havre 9-0 in a friendly as France allowed supporters back into football stadiums for the first time since lockdown.

The occasion was described as "a victory for French football" by sports minister Roxana Maracineanu, who was among the crowd of close to 5,000 at Le Havre's Stade Oceane.

France suspended football in March due to the coronavirus pandemic and called an early halt to league competitions in April, declaring PSG champions of Ligue 1 as final positions were calculated on a points-per-game basis.

PSG have a pair of domestic cup finals still to play, however, and remain in the Champions League, which resumes in August.

They have been eager for the opportunity to get back into action, and it was all too easy against Le Havre, with Neymar, Mauro Icardi and Pablo Sarabia each scoring twice and Kylian Mbappe, Arnaud Kalimuendo and Idrissa Gueye also netting.

The scoring was complete by the hour mark, with both sides having made wholesale changes for the second half as they made full use of their squads.

A fantastic return to action for the boys #AllezParis pic.twitter.com/hfRcQDYMCf

France has taken a structured and gradual step to reach the stage where supporters have been allowed back, and the limit of 5,000 fans at games could continue for some time to come. Competitive football in Germany, England, Spain and Italy has all been played behind closed doors since resuming.

The government's position may mean PSG's Coupe de France final against Saint-Etienne on July 24 and the Coupe de la Ligue final against Lyon seven days later are watched by only small crowds inside the cavernous Stade de France.

Restrictions could yet be eased before those games given the 81,000 capacity of the national stadium would allow more to be present and socially distancing, although Maracineanu has expressed caution for now.

Maracineanu, a former Olympic swimmer, said of the return of spectators: "It is a victory for French football, for sport in France to be able to resume today in mid-July with the public."

She added, quoted on the L'Equipe website: "Today, we can finally start to have teams meeting again to prepare for big deadlines. I am delighted that sport in France, that football in France, can resume in France in a popular way. We are the only country in Europe that can do this."

In a separate tweet, Maracineanu wrote: "What a pleasure to see football back with supporters at Le Havre. 5000 people max for the moment but it's a progressive return to normal life for players and supporters."