PSG Vs Manchester City, Live Streaming: When And Where To Watch UEFA Champions League Semi-final Match 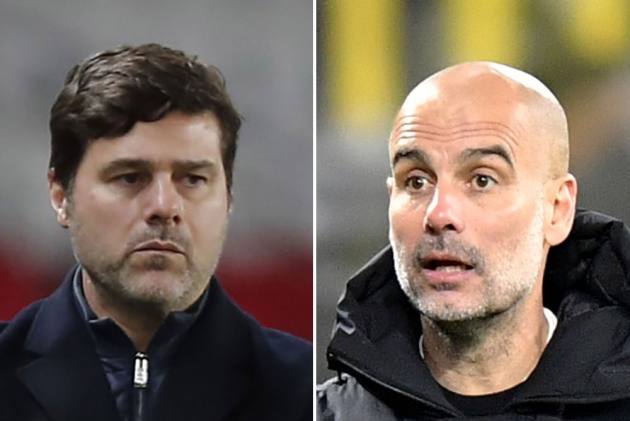 For both Paris Saint-Germain and Manchester City, the UEFA Champions League is the thing they are missing, and the two uber uber-rich clubs meet in a mouth-watering semi-final clash. Pep Guardiola's City are away to PSG in the first leg. (More Football News)

PSG, who were managed by Thomas Tuchel when they lost last year's Champions League final to Bayern Munich, are winless in their previous three matches with City in European competition (D2 L1).

The Ligue 1 giants are looking to become the ninth side to reach back-to-back finals, but Guardiola has beaten Mauricio Pochettino in 10 of their previous 18 meetings, with five draws and only three defeats.

The Premier League leaders are also looking for a 10th Champions League win of the season, a mark never previously reached by an English club in the competition's current format. Only Real Madrid in 2011-12 have previously had 10 victories in a campaign without lifting the title.

But that will not prevent Pochettino from dreaming big. He famously orchestrated a sensational win against Guardiola's City while as Tottenham's boss in their 2019 quarter-finals.

Ahead of the tie, Pochettino described City as "one of the greatest teams in the world" and said he believes they are led by the best coach in the game in Guardiola.

Neymar and Kylian Mbappe are central to PSG's Champions League hopes this season, and Pochettino said that the Frenchman has recovered from the thigh injury.

For the record, Neymar has either scored (three) or assisted (one) in each of his previous three Champions League semi-final appearances. The Brazilian also has had a direct hand in nine goals in his 12 matches against English sides in the competition (five goals and assists).

For City, much will depend on how midfield maestro Kevin De Brutne operates in a star-studded line-up, with the likes of young Phil Foden and Ilkay Gundogan doing the damages.