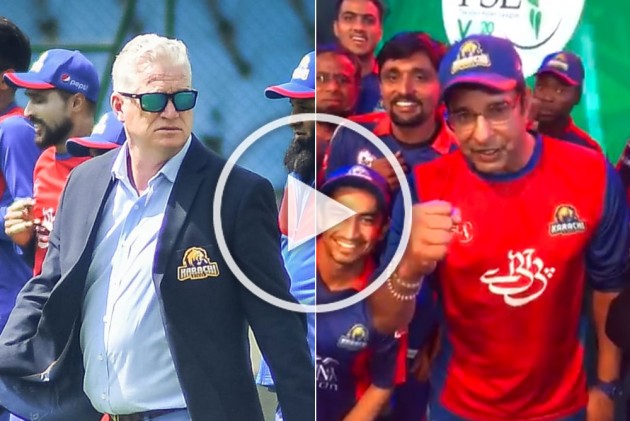 The former Australian batsman had joined Karachi Kings as head coach ahead of this PSL season and was present for the league matches in February-March before the COVID-19 pandemic postponed the knockout stage of the competition.

Following Jones untimely demise in Mumbai during the IPL, Akram stepped in as his replacement as coach of Karachi Kings.

"It is a year I can't forget for a long time. It brought both sadness and happiness to me and one really missed the presence of Deano (Dean Jones) last night," Akram told a television channel.

"Deano was an integral part of Karachi Kings and the PSL and though I had to take over as head coach I can never replace the passion and commitment he brought with him to the job."

Karachi Kings on Tuesday claimed a five-wicket win over Lahore Qalandars in the final to lift the PSL title for the first time.

Kings skipper Imad Wasim and team member Babar Azam also dedicated the PSL title to Jones and said it was the best gift they could give to him as a tribute.

The Karachi Kings had placed a big cut out of Jones in the dug out throughout the play-offs and final.

Akram said while he was happy that the league had a proper closure he missed the presence of fans in the final and play-offs.

"I can only imagine how Karachi fans would have celebrated last night if the stadium had been jam packed. Unfortunately due to circumstances we had to do it before an empty stadium."

The former skipper also had high praise for Babar Azam who produced an unbeaten half century in the final.

"His innings was a mature one and he showed he can finish matches. I am happy for his performance because it came soon after his appointment as test captain and it shows he had the calibre to handle the pressures of international cricket captaincy," the former pace great said.