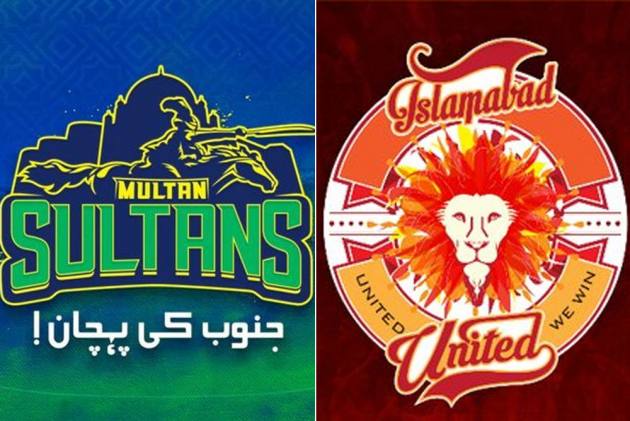 United are already assured of a top-placed finish. They have won seven matches in nine so far, including four in the Abu Dhabi leg. After the suspension of PSL 6 T20 tournament, they resumed the campaign with a five-wicket defeat against Lahore Qalandars. But the Shadab Khan-led outfit responded with wins against Quetta Gladiators (by 10 wickets), Qalandars (by 28 runs), defending champions Karachi Kings (by eight wickets) and Peshawar Zalmi (by 15 runs). Another win tonight, and the two-time winners will enter the play-offs on a confident note.

Sultans are also having their own purple patch. In fact, the Mohammad Rizwan & Co are yet to taste defeat in the UAE this season, winning all four matches played so far -- against Kings (by 12 runs), Zalmi (by eight wickets), Gladiators (by 110 runs), and last season's finalists Qalandars (by 80 runs). All they need is a win against United to ensure the second-placed finish.

And they also have the added advantage of playing the last league game. Sultans will take the field after the Gladiators vs Kings clash, with the latter needing a win to stay alive in the play-off race. If Kings lose, Sultans will qualify for the play-offs irrespective of what happens in their match against United.

If Sultans lose and Kings win, four teams will be on ten points each. In that case, the net run-rate will come into play to decide who join United in the play-offs. Before the start of the Saturday doubleheader, Sultans have the best net run-rate, +1.192; followed by Zalmi, +0.586, then Kings (-0.212) and Qalanders (-0.589).

UPDATE: Danish Aziz's 13-ball 45 and Mohammad Ilyas' three wickets helped Karachi Kings beat already-eliminated Quetta Gladiators by 14 runs and knock out Lahore Qalandars, on net run rate. Zalmi, Kings and Qalanders have 10 points each from five wins and five defeats. Zalmi have +0.586 net run rate, while Kings have -0.115, as against -0.589.

So, Multans need a big win to avoid taking the risk.

Head-to-head: There's very little to decide between the two. In their last seven meetings, United won four times, while Sultans have won three. In the reverse fixture this season, United won by three wickets.